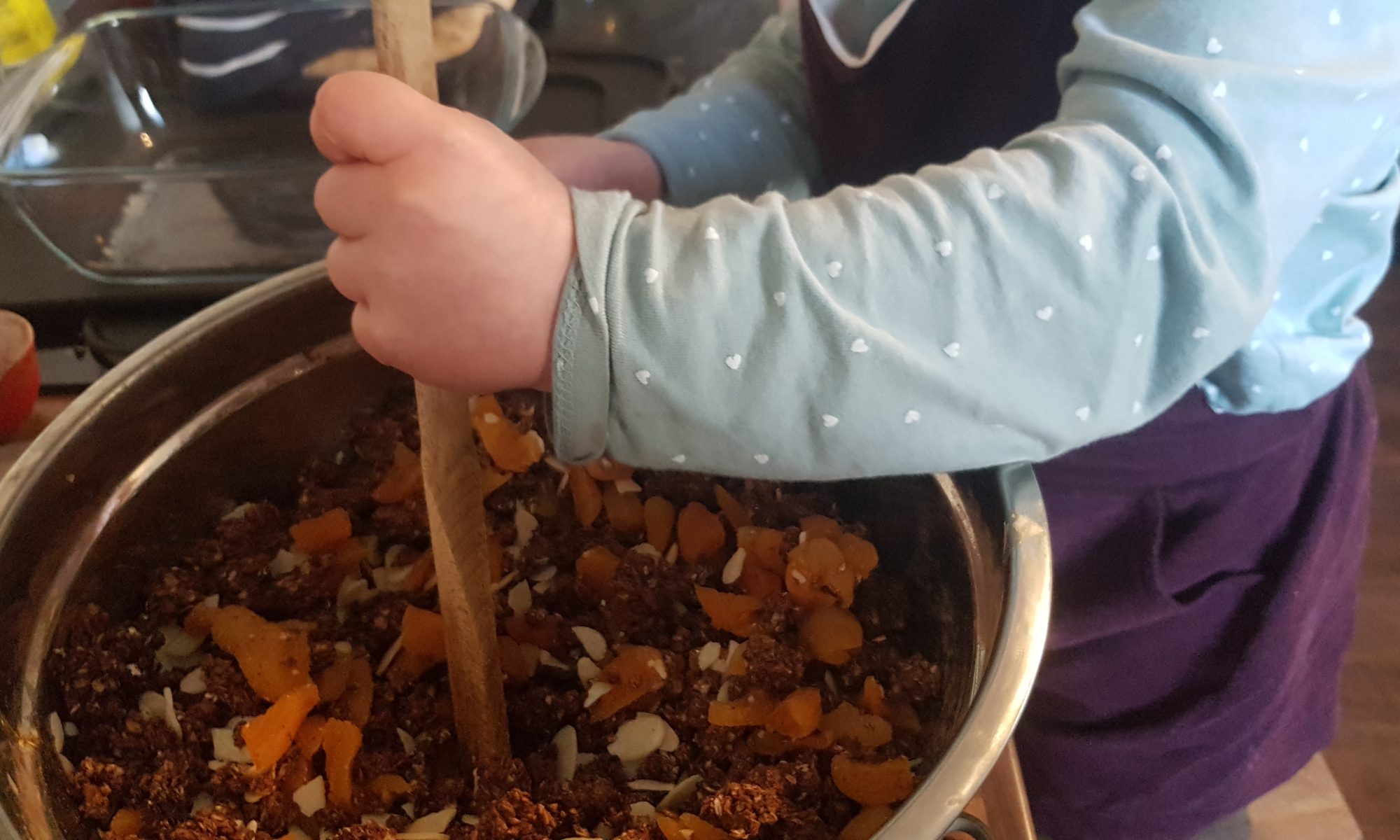 I am not entirely sure how, but breakfast seems to confuse my kids. Lunch and dinner both come with a pudding, but breakfast does not. I understand their logic, but they completely fail to understand that this just isn’t normal! Their constant requests for pudding after their cereal has led to a two-tiered breakfast system with toast or fruit following their initial bowl of cereal. The only way we can even contemplate forgoing breakfast pudding is if the breakfast is special enough to not require it. In the kids’ eyes, this generally means pancakes and there are not many mornings that I have the inclination to be sorting out pancakes even if I have been able to make the batter in advance. The other breakfast fare that seems to fit the bill is homemade granola.

We make granola quite frequently and the kids will happily gobble it up and it does seem to fill them. Unsurprisingly, their all-time favourite type of granola is chocolate granola. Over the years, I have learnt that some granola recipes are so full of sugar that they could practically be a pudding themselves so we have adapted and reduced the amount of sugar for this recipe. You can add whatever dried fruits or nuts to this that you like. On this occasion, we added flaked almonds and dried apricots which both went really well with the chocolate. We tend to measure this recipe in cups as it is easier for the kids to scoop oats the oats and cocoa that way.

To make our chocolate granola you will need:

This recipe was published in Penguin News on 15 May 2020. 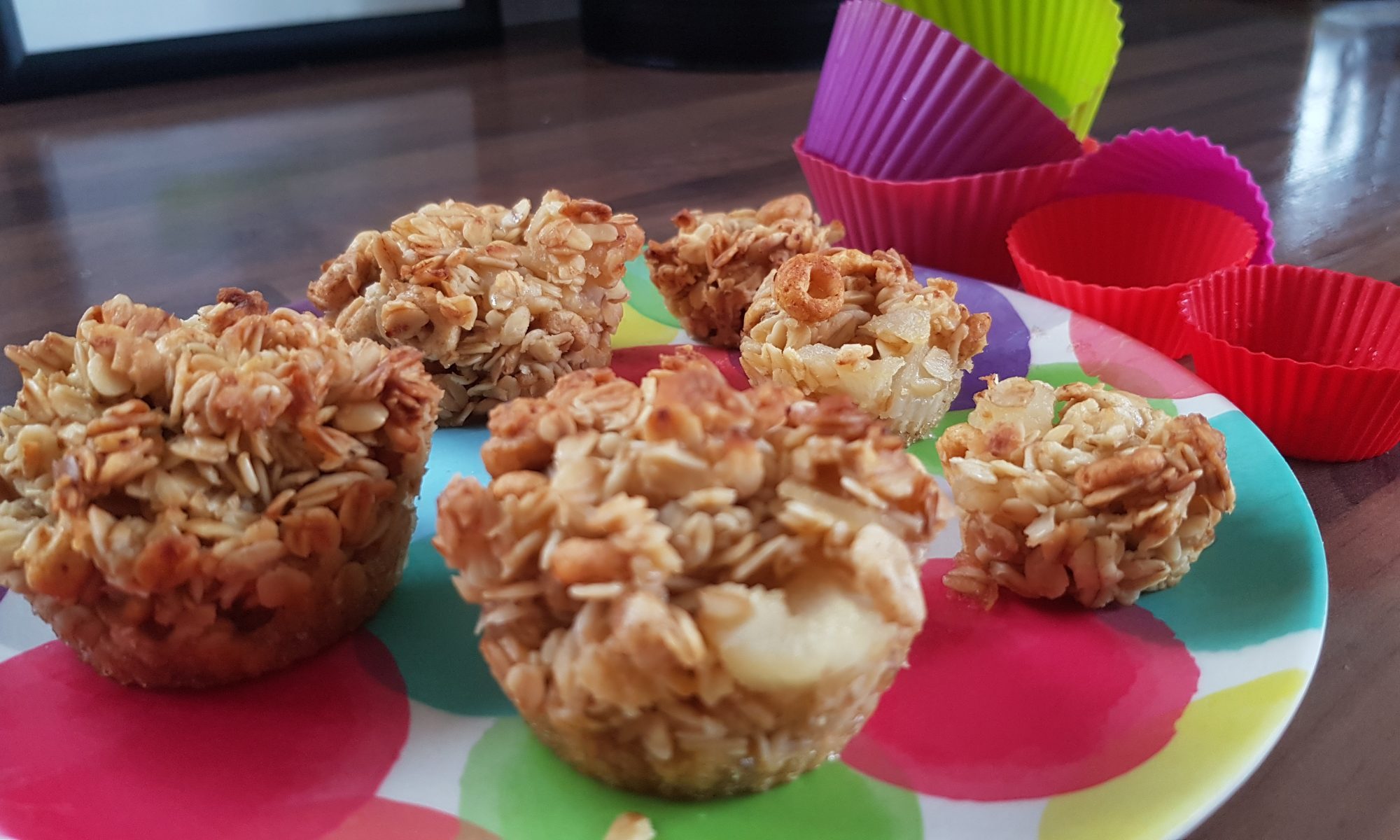 I used to be a morning person. Each new day would fill me with glee and I would be so optimistic about what it may bring me. Fast forward to now, and I can say with one hundred per cent certainty that I am no longer a morning person. I can pinpoint the exact date when my natural state was warped and unsurprisingly it coincided with the arrival of our firstborn. Mornings used to be my own personal safe haven. To reach that degree of solitude now, I have to leave the comfort of my home and run which if I am honest can be blinking exhausting! Although, running gives me an excuse, an incentive even, to eat cake and by no means cancels out the hard work of the run…

Wen you have already had the argument over getting dressed, convincing your monkeys that school isn’t optional and gently breaking it to your youngest that they will never be the same age as their older sibling at the same time, breakfast can often seem to b a battle unworthy of your time. This recipe was born from my dual desire to refuse to comply with sugar-laden breakfast requests and give the kids the impression that they were having a fun breakfast without it being full of refined sugar. I don’t think I would be any teacher’s favourite parent if I sent my children into school saturated with sugar and unable to sit still for a single second.

These breakfast cups can be made the afternoon before and stored in an airtight container in the fridge overnight and then all you have to do is present them plated up with no preparation time at breakfast! The fact that they are cooked in individual portions as well means that you don’t need to worry about cutting up the flapjack and risk uneven pieces. Yes, I really have thought this through too much. The last ting I would want is to go three rounds of such and such has a bigger piece than me! That would defeat the objective of a stress-free breakfast!

This recipe appeared in Penguin News on Friday 22 November 2019. 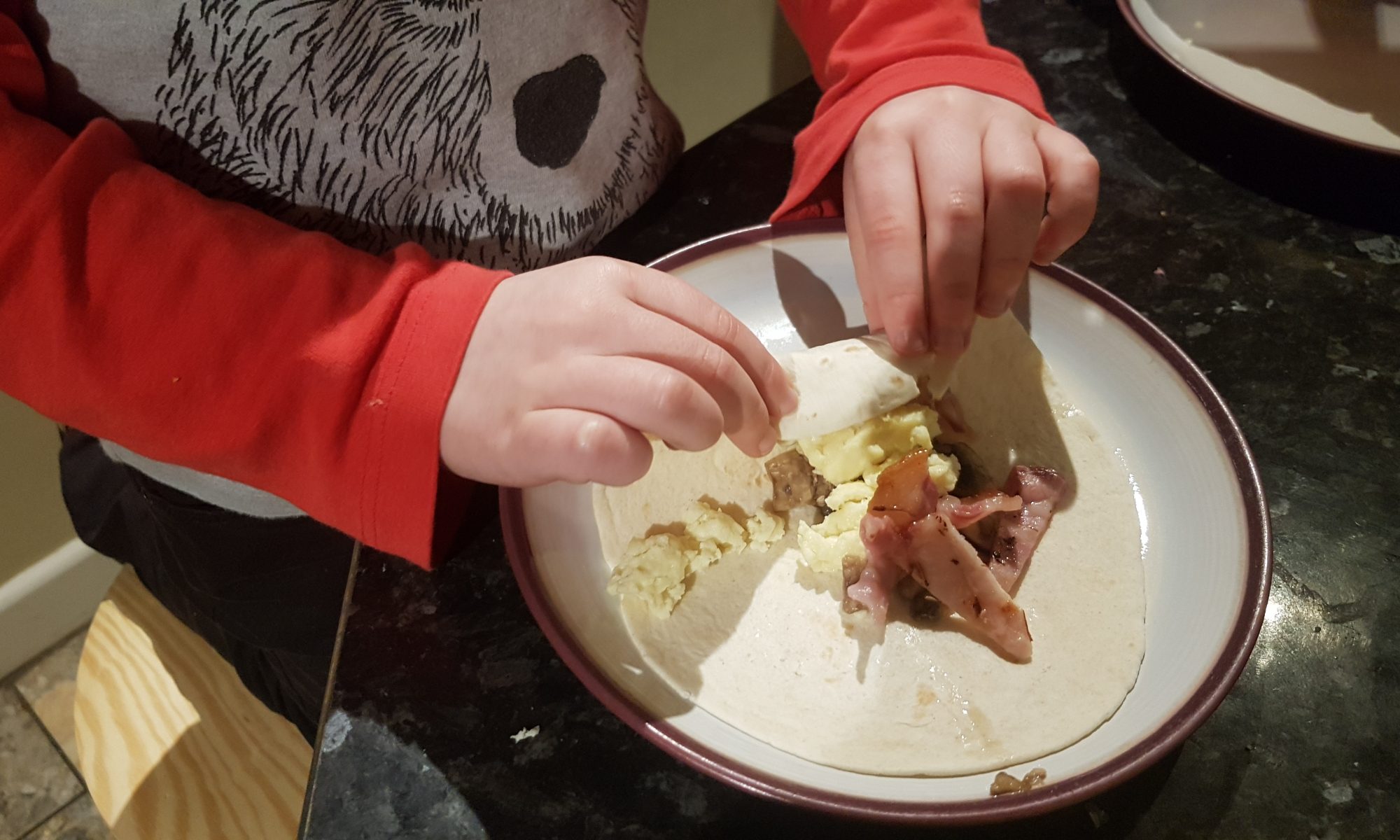 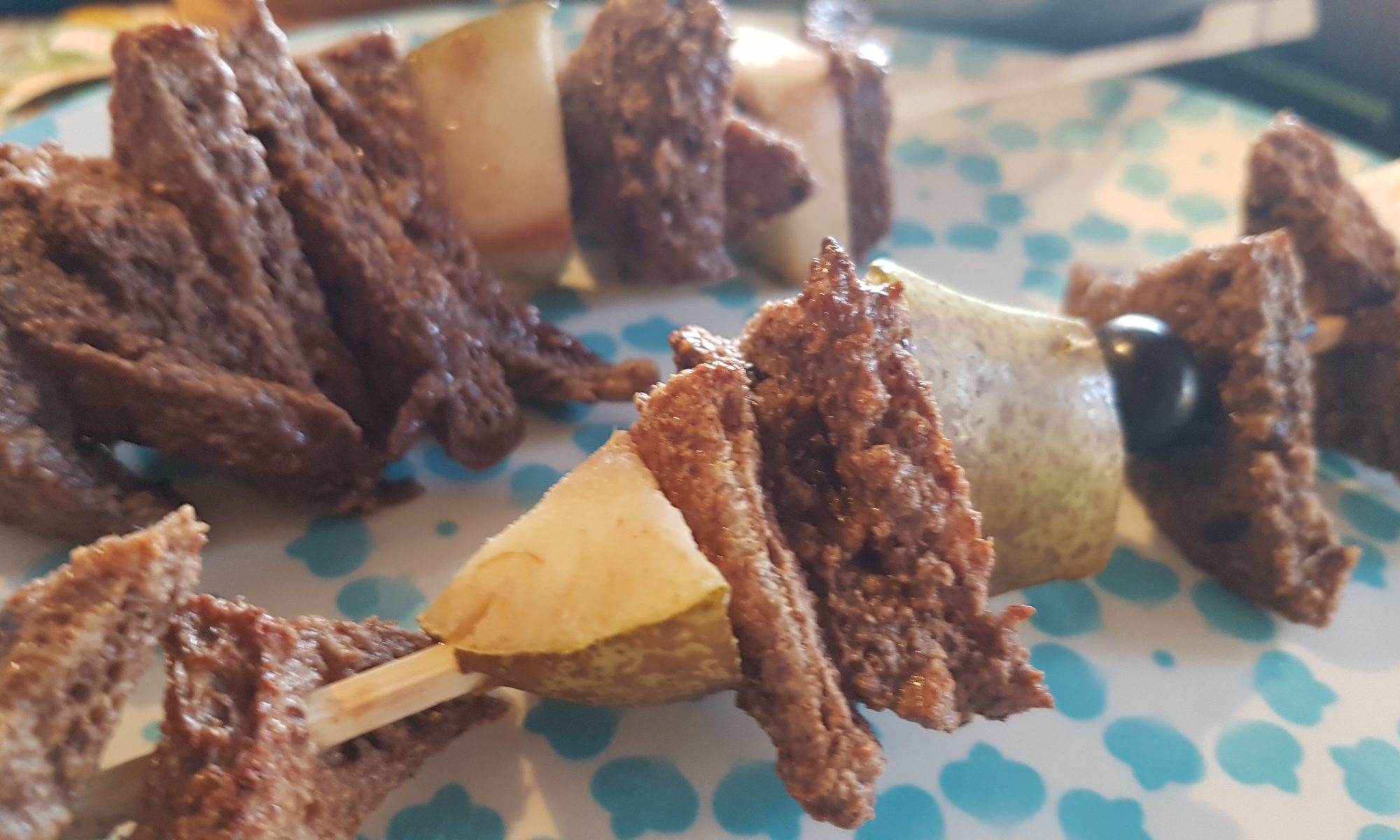 And breathe. It is the weekend, the reward for the long working week (well only really if you work Monday-Friday). For our kids, Saturday morning is for playing in PJs with each other and me just letting them get on with it while I catch up with my blog, eat breakfast in peace and theoretically get some down time while they have fun and before we have to start thinking about homework and the day’s activities.

Saturday morning is also the morning of experimenting in the kitchen in daddy’s absence. This morning was no exception. I haven’t had the chance to get in the kitchen with the kids much this week.  But this morning, I managed to kickstart the day with breakfast kebabs. These involved chocolate cinnamon eggy bread, pears and blueberries. I don’t think I have ever seen Seb eat his breakfast so quickly!

It really is an easy breakfast which the kids enjoyed making. They could be cooked in a frying pan over the stove or grill them like we did.  Ours were grilled on greased tin foil so we didn’t loose any blueberries! I would recommend using tinned pear or ripe pear as ours was still a bit firm so it was a bit of a challenge to thread onto the skewer. The boys did patiently achieve it, but I did have to do that bit for Ophelia.

I hope you all have a good weekend and I shall be back next week with more of the recipes that turned my kitchen into chaos with the kids! 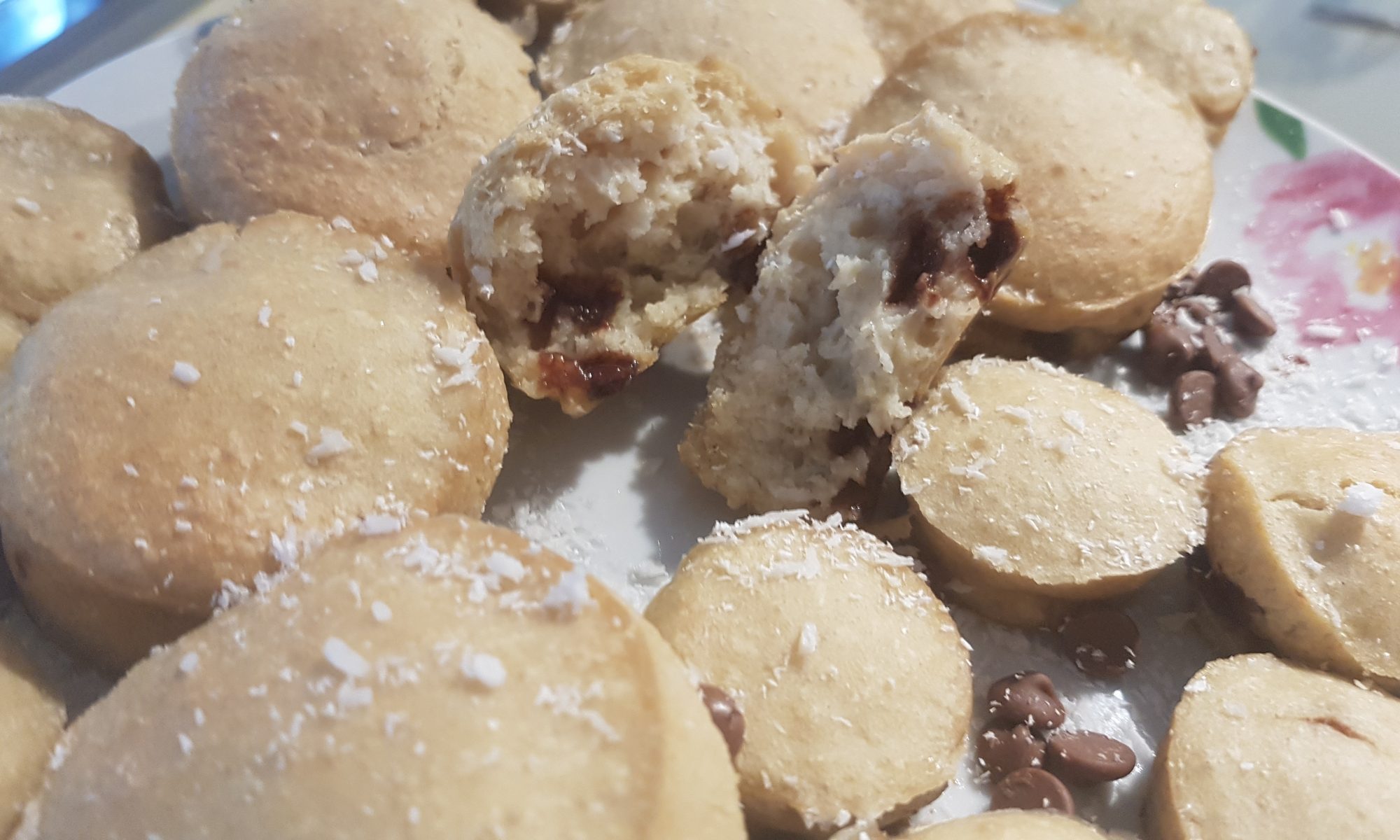 My children are all pancake fiends. There are frequent requests 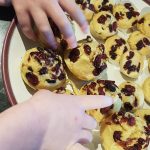 for pancakes during the school week and I feel terrible having to say no. The stove time with normal pancakes  makes them impractical if not impossible when faced with the stark reality of getting three children out the house for the school run and morning activities. They are generally reserved for the weekends, unless I am being super organised like I was yesterday. Atticus and I made the pancake batter last night before our bedtime routine and stored it in the fridge overnight. All we had to do this morning, was put the batter into our silicone muffin and mini muffin trays, add the toppings and bake. 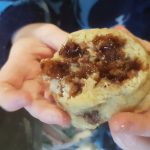 popular in our house are coconut chocolate chip or orange and cranberry. There are generally discussions about not eating the toppings while preparing the pancake muffins and they usually fall on deaf ears, but this does not distract the enjoyment that all the participants get (me included!) from the process!

Makes 12 large muffins or 24 mini muffins (or even 6 large and 12 mini muffins). Best served warm and eaten on day of making. Batter can be made the night before and kept in the fridge overnight, but leave out dried fruit and chocolate chips until just before cooking.

For orange and cranberry

I hope that your little chefs enjoy these as much as mine do. I must admit it is definitely the way forward for pancakes during the working week!