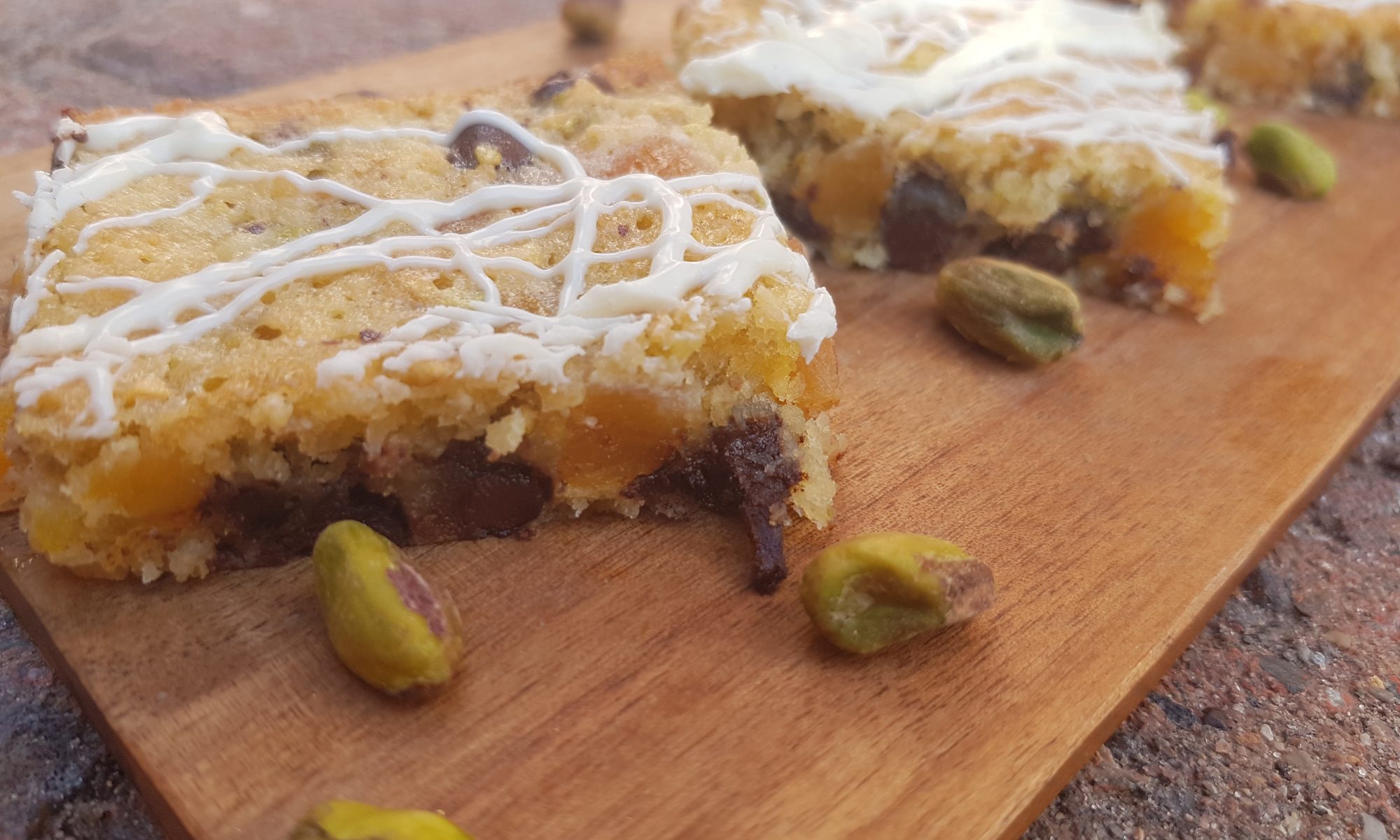 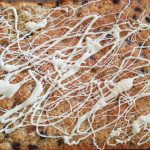 I have had a packet of pistachios in the pantry for about 3 months. Every time Simon tried to go near them for a snack, I would angrily fend him off them citing that I intended to put them in an imminent cake. At each request to eat them the cake changed as I could never quite choose what to make with them. I am not sure if he noticed this or not, but I am guessing that he did and he chose to keep his silence. The cake excuse seemed to work to my advantage in this instance, this is not always the case!

Well I finally got round to using them with Ophelia when the boys were busy enjoying Holiday Bible Club. Now Ophelia loves pretty much all fruit. I am always having to share whatever fruit I have just tucked 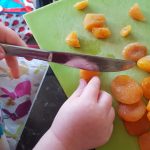 into with my daughter. Not that I am complaining, I am absolutely delighted that she loves fruit. I do, however, sort of begrudge having to share every single cherry with her: half for mummy, half for Phe. With this love of fruit in mind, I decided to combine the pistachio with dried apricot in a traybake.

This traybake doesn’t rise a great deal; it has a low flour content. Despite that, it is beautifully moist and the coarsely ground pistachios and desiccated coconut give an extra nutty depth to the flavour. The chocolate was added as chocolate goes with pretty much anything right?!

We had a lot of fun preparing the ingredients. I did, however, forget how much mischief a 2 year old can get up to when I don’t have her older brothers 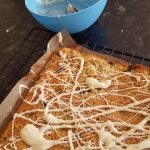 entertaining her. We had sugar and coconut all over not only the surface, but her too her. Oh and there was also her half-eaten apple which she refused to relinquish. She was so enthusiastic with every step of this recipe. She did, however, need help finishing off some of the steps and doing the more challenging bits.The 5 and 4 year old would have managed it with minimal help.