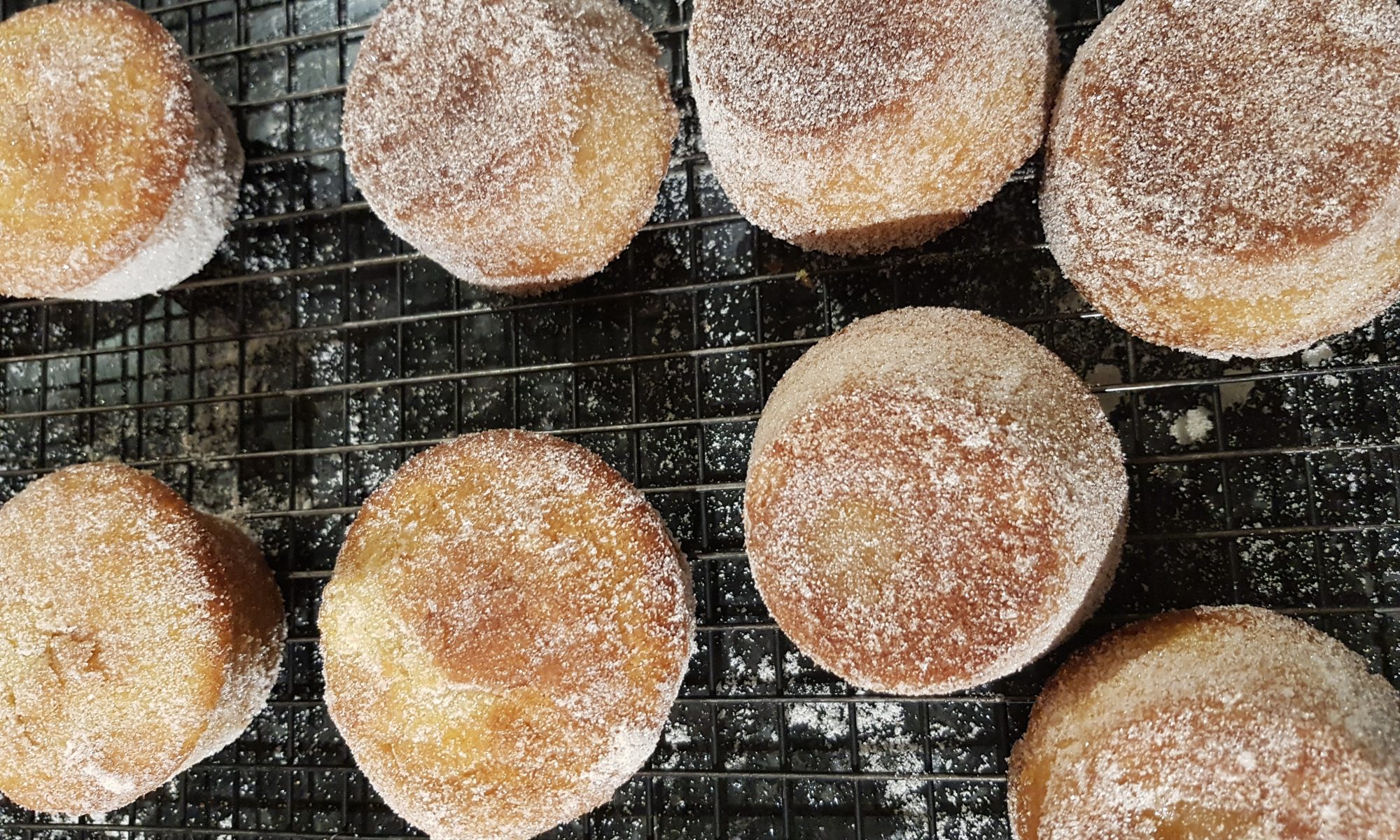 Birthdays require cake. This is one of the rules which should never ever ever be broken. However, in our house this rule can be bended to included other baked goods when the birthday boy had family around to celebrate the weekend before his week-day birthday and friends coming the weekend after and both occasions called for yummy cake and a clean and tidy house!

This year I decided that Atticus and I would make baked doughnuts on the morning of his birthday to share over his birthday dinner. 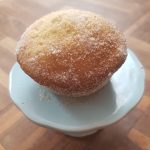 As he is not a jam fan (something which he adamantly tells me every time we make jam tarts or I even move to get the jam out of the fridge for anyone else) they really did have to be filled with Nutella. I also filled some with lemon curd for the grown ups and those who aren’t as fond of Nutella as my kids are. 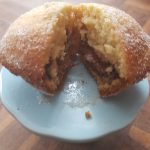 And great news for all my gluten-free friends this recipe can be made gluten free by substituting the regular flour for its gluten-free counterpart. You do sacrifice a bit of the rise that you get with the regular flour, but they are still yummy. It has to be said that both versions taste better and more doughnut-like when eaten immediately after rolling in sugar and still warm from the oven, but they do also taste good a bit later either warmed in the oven or even cold.

As per my usual working method, I trialled the recipe first without the kids (this is not great for my waist line, but better to prevent unhappy kids) and to my frustration when I picked them out of the muffin tray the filling fell out the bottom of some of them. After my initial disappointment (and if I am honest sometimes my disappointment is greater than the kids’ when it all goes wrong), I rejigged the method and a solution did indeed present itself (thanks Simon for the nudge or maybe shove in the right direction!).

As previously stated I did eat rather a lot of these. I have struggled to feel guilty about this as it was Atticus’s birthday. I have, however, been 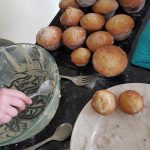 participating in the exercise classes I attend during the week with increased enthusiasm and energy. This is not altogether surprising when you count how many doughnuts I consumed over 2 days. The day after his birthday the remaining doughnuts were distributed to the people of Atticus’s choice (he had very particular ideas about who should receive them) and I am already planning my next baking project (no surprise there). 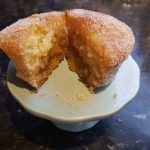