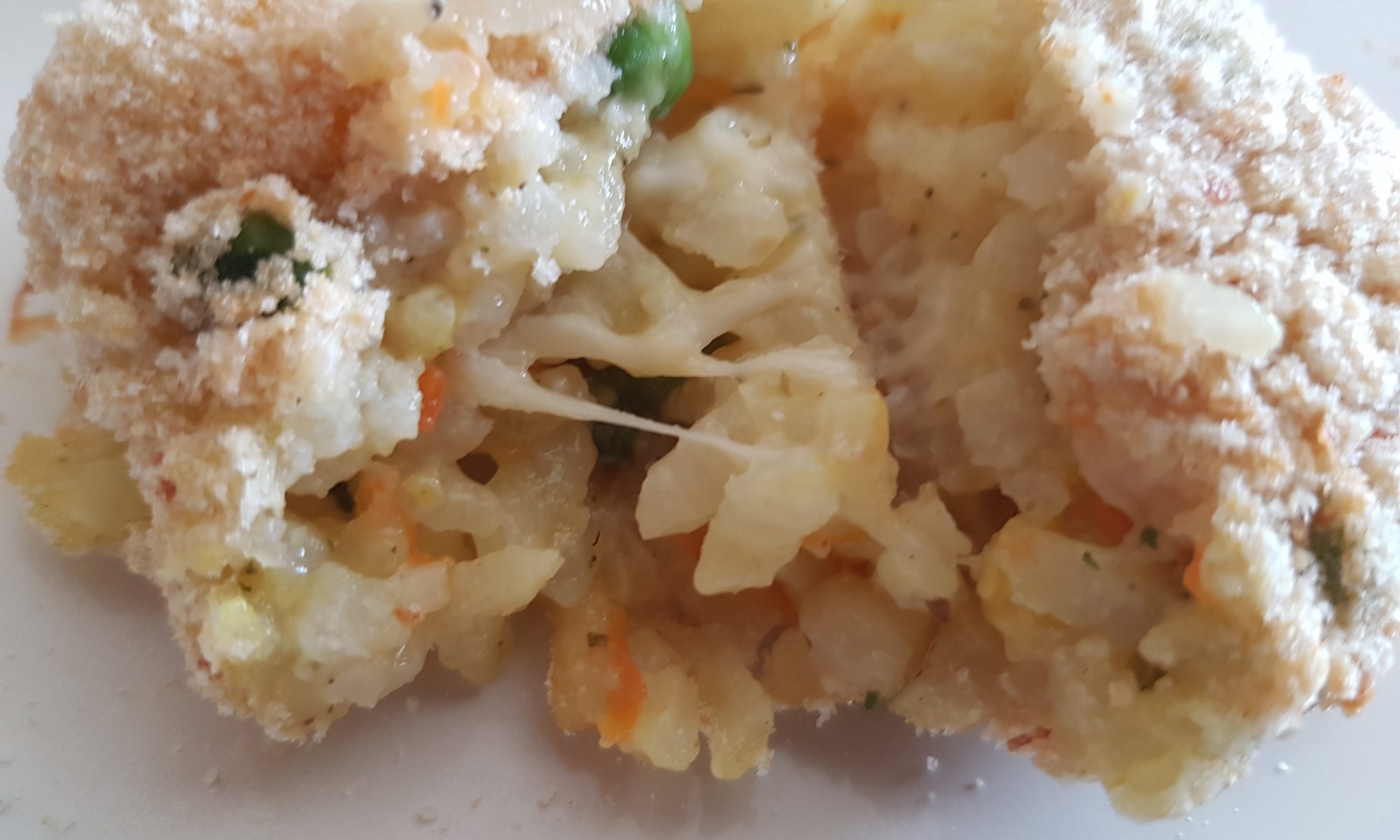 The children had risotto for dinner on Friday night. As usual, I managed to make too much, I mean enough for another portion really. This actually made me quite happy as it meant we could have a go at making mozzarella-stuffed risotto balls or Arancini. Simon and I used to love making these and then frying them before the kids came along. Now I wasn’t going to even suggest you deep fry them with children, instead I decided to use the oven and bake them.

You can use any kind of leftover risotto to make these, ours was prawn and vegetable. I think a tomato-based risotto would be really yummy as then they would sort of resemble a pizza. This recipe can also be made gluten-free provided you use gluten-free stock to make the risotto and ensure that the flour and breadcrumbs (you could use cornmeal instead) are gluten-free. As I had put a lot of herbs in our risotto, I didn’t add any further seasoning to these Arancini. You could add garlic to the egg and some herbs or spices to the breadcrumbs if you desire. If you would like them to have a more golden appearance like their fried counterparts you could toast the breadcrumbs on a baking sheet in the oven until they are golden before using them – you will have to watch them carefully to ensure they don’t burn. We didn’t do this as I didn’t get round to it before we started.

They can be a bit fiddly for kids as it is quite a sticky process but all three of mine did enjoy it immensely. The 5 year old managed to follow all the steps well, the 4 year old needed some help in the construction stages and the 22 month old managed to help with certain steps, namely chopping the mozzarella with her brothers and rolling the balls in the breadcrumbs. I also have video of her doing this and telling us what she is doing – very cute!

This time round she was also in charge of the egg. Well it fact I left too close to her and she had cracked it before I had noticed (she has watched her brothers do it many times), but she managed it perfectly so I removed it from her grasp before she clenched her fist and destroyed the shell and placed it in a bowl. She sat there whisking it with an very proud expression on her face and her brothers were rather surprised! I never said cooking with children was mess or even stress free! Patience is required and it unfortunately (much to my disappointment), it can’t be purchased in any store… 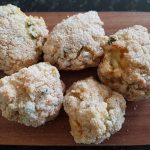 These didn’t last very long as the kids loved them. They also had a great time making them so it was a good morning activity to pass away the time while daddy was at work.