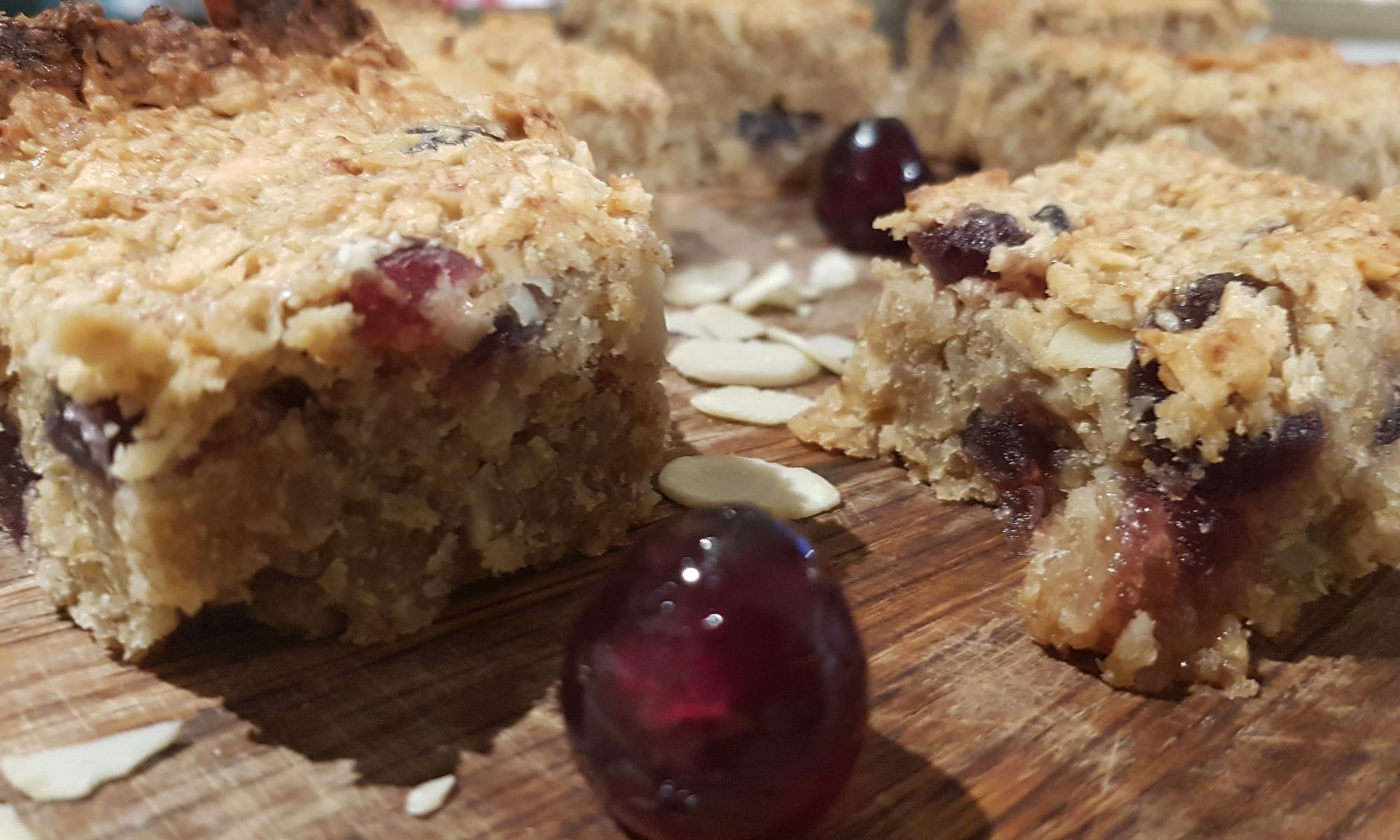 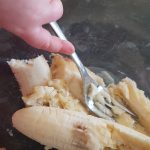 Bananas are a problematic fruit in our house. Up until recently Seb was the only one who would even contemplate eating them. Then about a fortnight ago, Atticus decided that he does now like bananas. When Atticus announced that he liked bananas (it did feel somewhat like a proclamation at the time), all of a sudden, I had to increase the weekly amount of bananas. This, however, then left me with a plethora of bananas 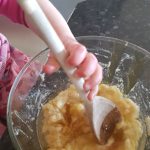 as it turns out that Atticus’s new found love of bananas only really means he likes bananas on some days and sometimes only three quarters of a banana.  Seb has taken to finishing off stray bits of Atticus’s bananas and I had to search for recipes to use up the overripe bananas that no-one wanted to eat. Rest assured, I have now reduced the weekly amount of bananas again – I can always go and buy more later in the week! 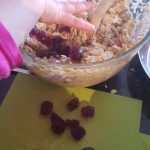 This recipe was a ‘What do I make with all the bananas that isn’t cake?’ recipe. It is an easier way of making flapjack with small children as it has no stove time; banana, oil and golden syrup bind it together. I made these with Ophelia and she really enjoyed making them and then proudly sharing them with her big brothers.

I am generally not a banana fan and I enjoyed these. One batch lasted the kids for the majority of the school week and got a happy reaction at the school gate. I have discovered though that Seb isn’t a huge fan of glacé cherries, but Ophelia really, I mean really loves them. Seb took to handing his unwanted cherries to her and she was gobbling them up as quickly as he gave them to her!