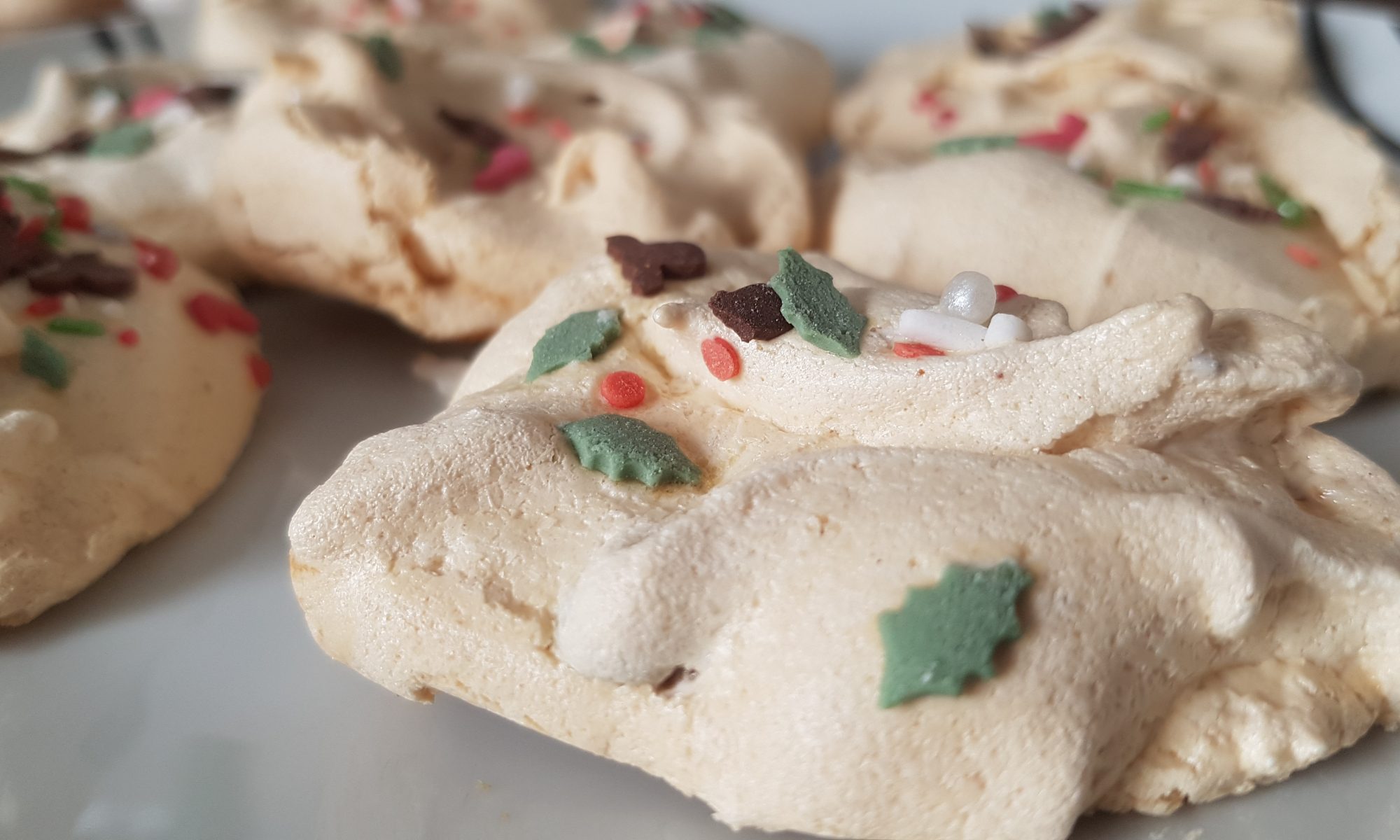 Meringues are one of Atticus’s favourite things to make. He loves to handle the electric whisk all by himself and tends to take any attempts at interference with pure contempt. Unfortunately, he had to share the responsibility, but he did get in the Christmas spirit and did so with relative good grace. As meringues are such an easy thing to make, there was no escape giving them a little festive makeover. I had a go at this myself last year one evening when the kids were in bed, but this time I had to get the kids involved. They were just as tasty as I remembered and these will probably feature in our festivities this year as the two littlest and their dad are not fond of mince pies.

As not all children like the festive flavour of mincemeat, these are a perfect way to introduce them subtly to the flavour. My two youngest will devour these! Whisking the egg whites allows the kids to watch their volume increase and find the vocabulary to describe it. The mincemeat makes them beautifully squidgy and gives them a darker colour than plain meringues.

This recipe featured in Soar Valley Life’s November/December 2019 issue. I held off posting it too early as I couldn’t cope with posting Christmas food until advent had well and truly started!