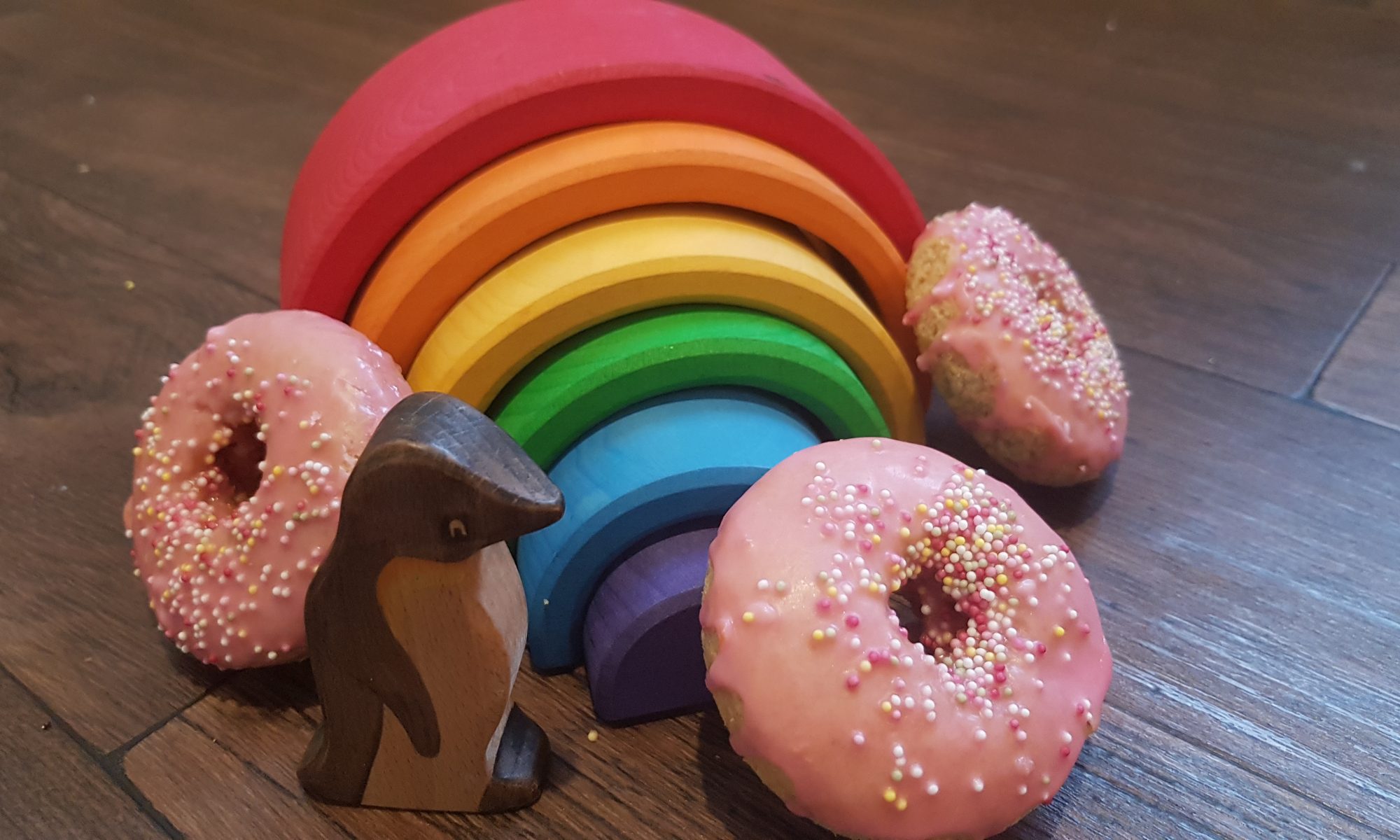 With all that is going on, I have been raiding my cupboards to see what I have to bake with rather than venturing out to the shops. My last trip to the cupboards unearthed a tube of condensed milk and some wholemeal spelt flour. It may be that the logical choice would have been a cookie of some description, but I have had baked doughnuts on the brain since the schools closed on 26 March. My theory was that if I baked them into existence, I might be able to get them off the brain and focus on less sugary and more healthy snacks. I am sure that my next post (whatever it ends up being) will inform you of how successful I have been with that one. I think my kids and husband are all banking on me failing as they quite like having a steady stream of cake in the house!

These doughnuts were really fun to make. Ophelia did manage to mix it all up herself, but needed assistance spooning the mixture into the moulds. We both had fun dunking them in the icing and putting sprinkles on them. We shall glide over the creative differences which led these doughnuts to be coated in pink icing rather than peanut butter icing and there are no prizes for guessing who won that discussion…

These baked doughnuts have a rather cake-like texture, but are light and fluffy and so incredibly yummy. Our batch didn’t survive more than 12 hours. If you don’t have a silicone doughnut mould, then you can always make them in cupcake cases.

To make six doughnuts you will need:

If you happen to make this recipe, I would be as pleased as punch if you would leave me a comment. Stay safe everyone.