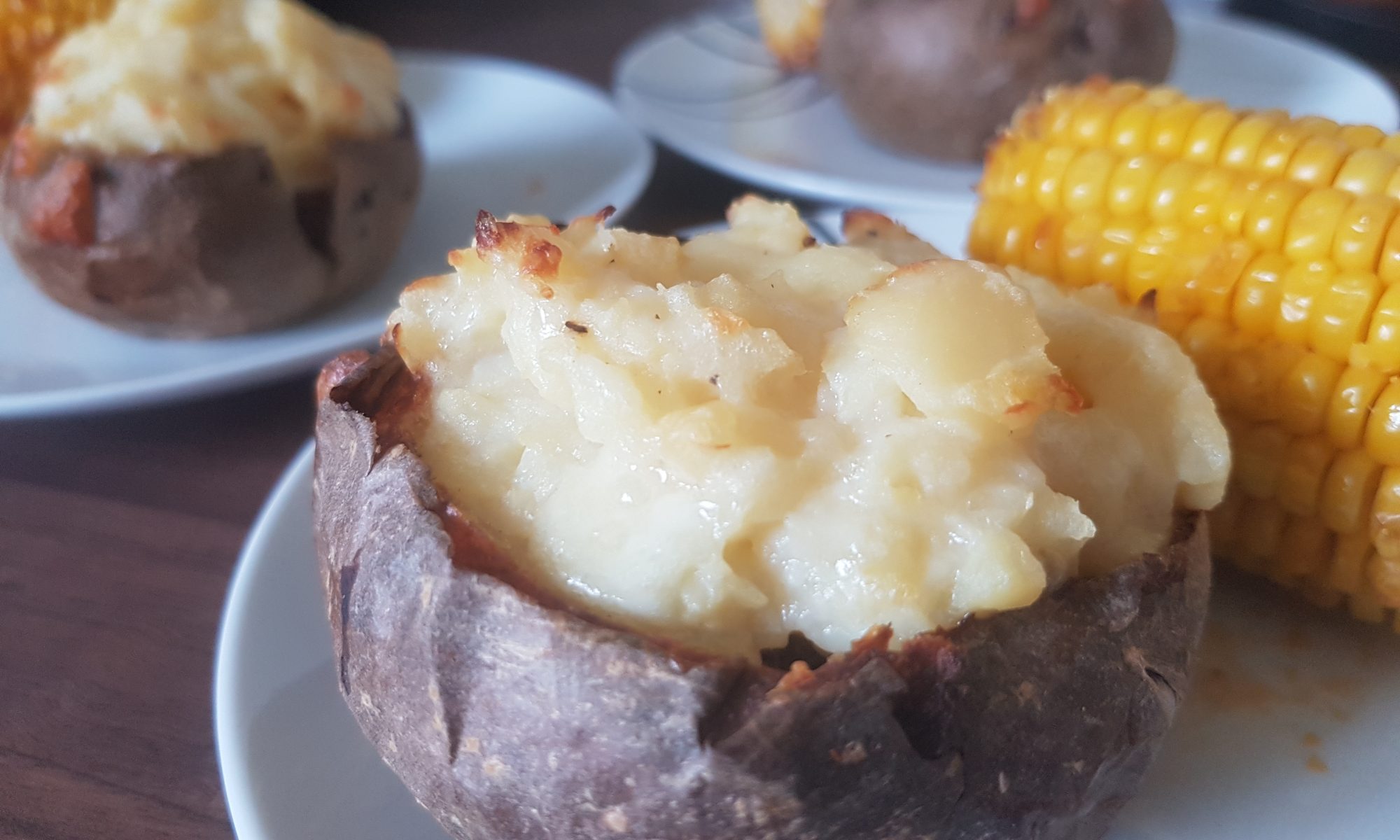 My kids all seem to have decided that mashed potato is good. This is a far cry from where we were only a year ago, when we would have to embark upon massive negotiations to get our middle child to even consider having potato on his plate. This polar change has opened up many more recipes that are now deemed acceptable as the humble potato is no longer considered food enemy number one! Unfortunately, tomatoes and courgettes remain exiled from two of the kids’ plates, but we are celebrating small victories.

There is now generally a mini stampede when I mention making mashed potatoes. This is because they all enjoy mashing potatoes and making ‘worms’ appear through the masher. The act of mashing is always accompanied by shrieks of delight!

This meal is lots of fun to put together. My kids loved scooping out the inside of the cooked potato, spooning in the mince, mashing the potato, sprinkling in cheese and then transporting the potato back on top of the mince-filled potatoes. It is true that it requires a fair amount of parent preparation; cooking the potatoes and making the mince filling. Despite this it is definitely worth the effort. It is also an incredibly versatile recipe which can be made vegetarian by using a Quorn or a lentil filling instead of the mince.

To make 4 jacket potatoes you will need: