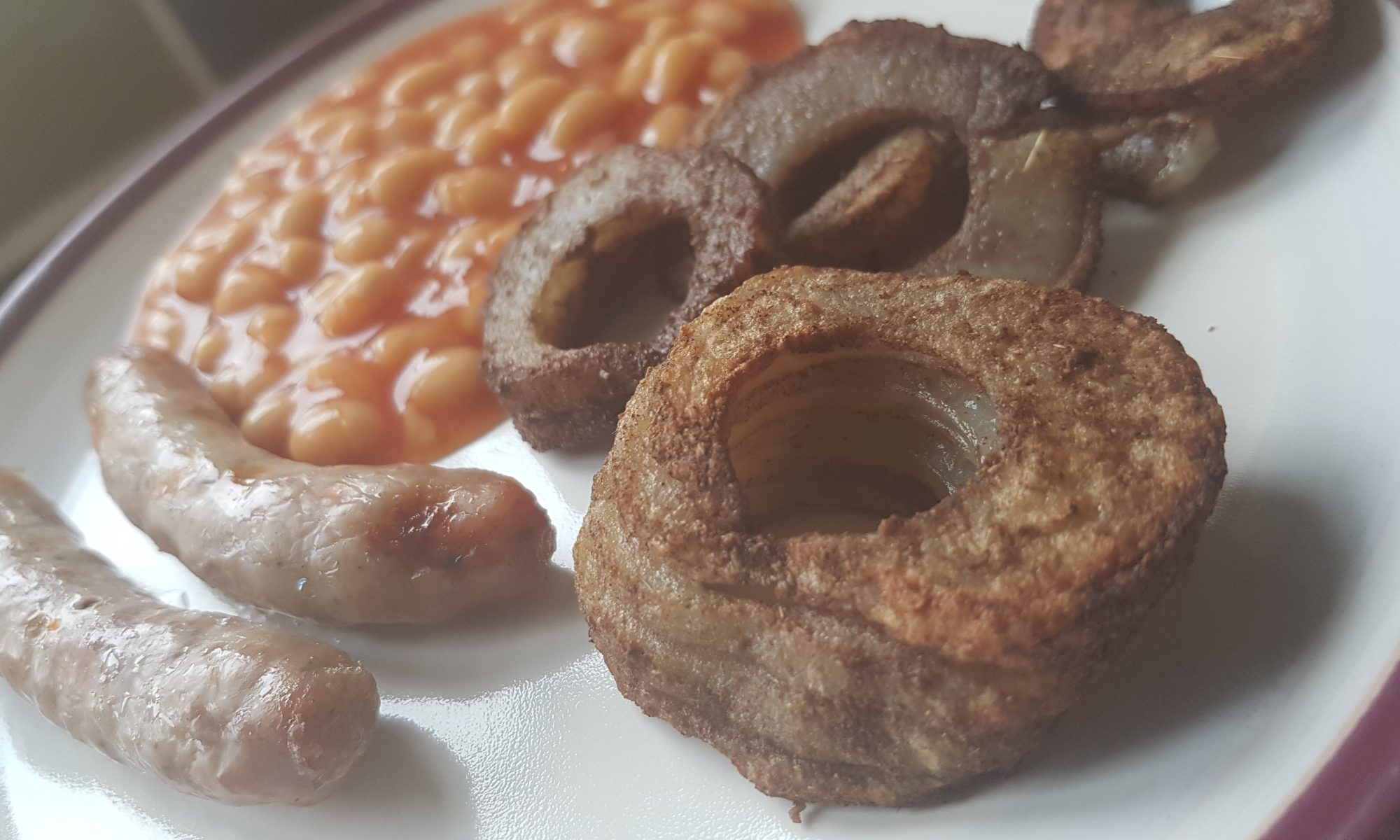 Sebastian, our eldest, has inherited my curly hair. As his is a darn sight shorter than mine, it curls beautifully. He hair is the envy of pretty much every woman we meet who has paid or spent many hours with a curling iron at some point or other to put curls into their hair. Seb’s hair does add an inch or two to his height depending on how recently we have had it cut, so when measuring his height it does have to be flattened! One of his school friends said Seb’s hair was cool as it looked like he had brains outside his head! Don’t you just love the hearing about the world from a kid’s perspective?!

Anyway back to food. Simon’s favourite frozen chips are curly fries. Maybe now the introduction paragraph makes more sense?! The children do tend to want to try pretty much everything that daddy eats. So I decided that we would try to recreate curly fries for dinner. Now we have made this recipe a couple of times. Seb and Ophelia always gobble them up no questions. One time, Atticus, our resident potato-hater, was happily munching on them until he remembered that they were made out of potato and then he decided he couldn’t abide them!

Despite making them several times, I have epically failed to get any nice pictures of them. They just don’t seem to be particularly photogenic. The kids loved making them and happily experimented with spice combinations, but they just don’t look wonderful. This meant I was somewhat reluctant to blog about them, but then I thought did the kids make them (yes they did), did they have fun (yes they did) and did they eat them (yes they did) so I might as well share the recipe.

As I have mentioned previously, these don’t look great, but the kids seem to find the whole process using the peeling and coring machine mesmerising. Seb is always very excited when he can use this piece of equipment. I also love it when the kids ask to smell the spices and try to guess what we are going to use. They always get cinnamon and garlic right. In time I am hoping that they will recognise more scents as we use them more frequently.