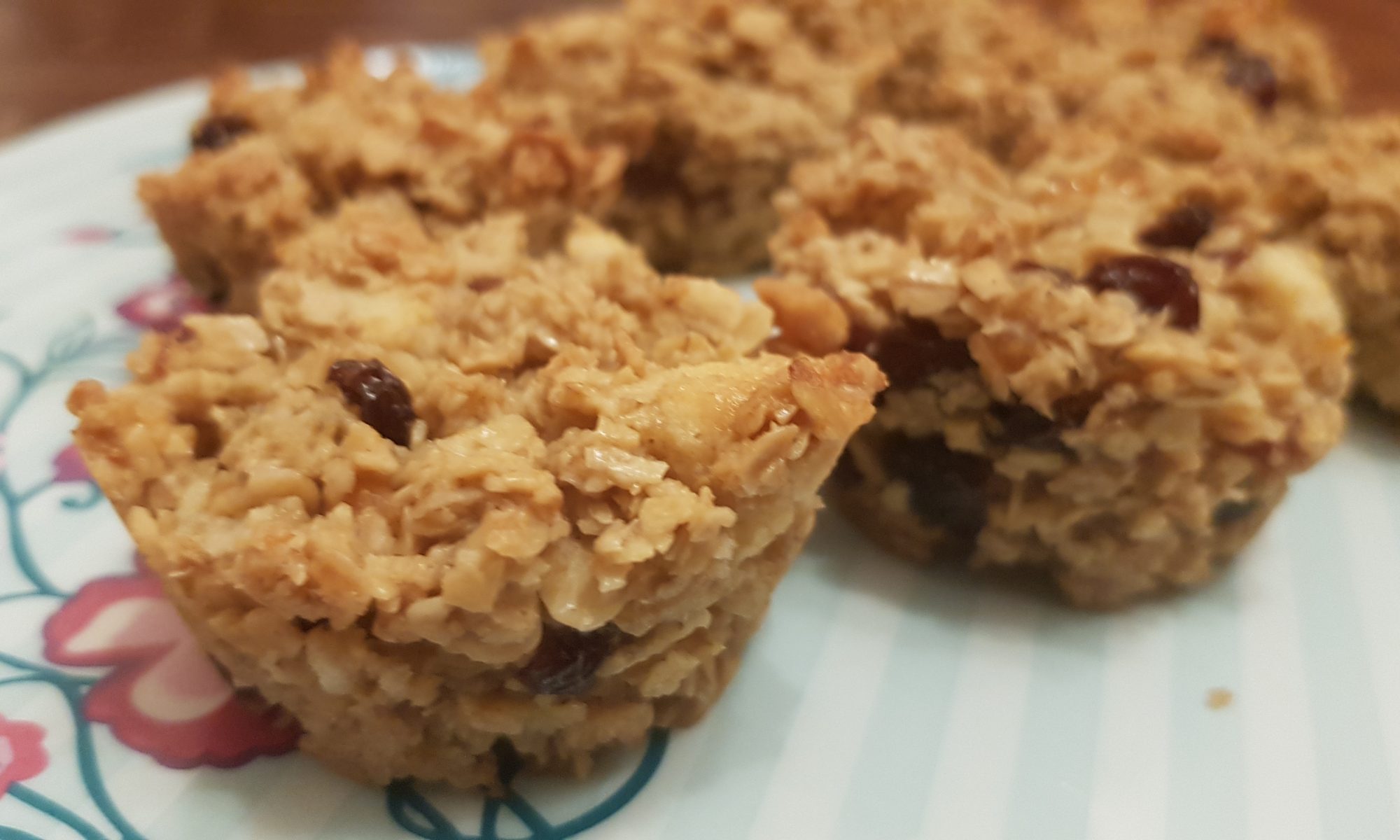 I never do things by half. I read the quantities in a recipe and my brain seems unable to process how much a recipe will yield despite clear measurements. I am so prone to doubling recipes and then having enough cake or dinner to serve a family twice our size. That said, when I make sweet mincemeat at Christmastime I always remember the kids are hit and miss with mince pies and Simon definitely isn’t a fan. So I never double the mincemeat recipe; it already creates enough for me to have pretty much a daily mince pie all year round! While this does, at the moment, sound wonderfully appealing, I am not so sure I would appreciate a mince pie for my birthday in April or even to mark the summer solstice.

As not everyone likes mince pies, I did put my thinking cap on back in the autumn and came up with some alternative bakes to lace with my homemade sweet mincemeat. My first thought was brownies (see my previous post) and my second was flapjacks. As I am sure I have already mentioned more than once, I LOVE  a good flapjack. So easy to make and the illusion of being healthier than a cake or brownie while still feeling like a treat. We decided to add some of our homemade marzipan to our flapjacks too to augment the Christmassy and festive feeling of these yummy delights. Further thought also makes me realise that these would also be perfect for after Christmas as a way to use up any leftover mincemeat.

These flapjacks also work well with gluten free oats. They don’t contain any extra sugar added in as the mincemeat contains sugar and dried fruit. The amount of mincemeat gives a subtle seasonal flavour. You could add 50-75g more if you want a stronger flavour of it.

This can be cooked in a brownie tin, or in individual muffin cases (we used silicone ones)

If you do manage to cook this before Christmas or even decide to give it a go after Christmas to use up any leftover mincemeat I would love to hear from you.