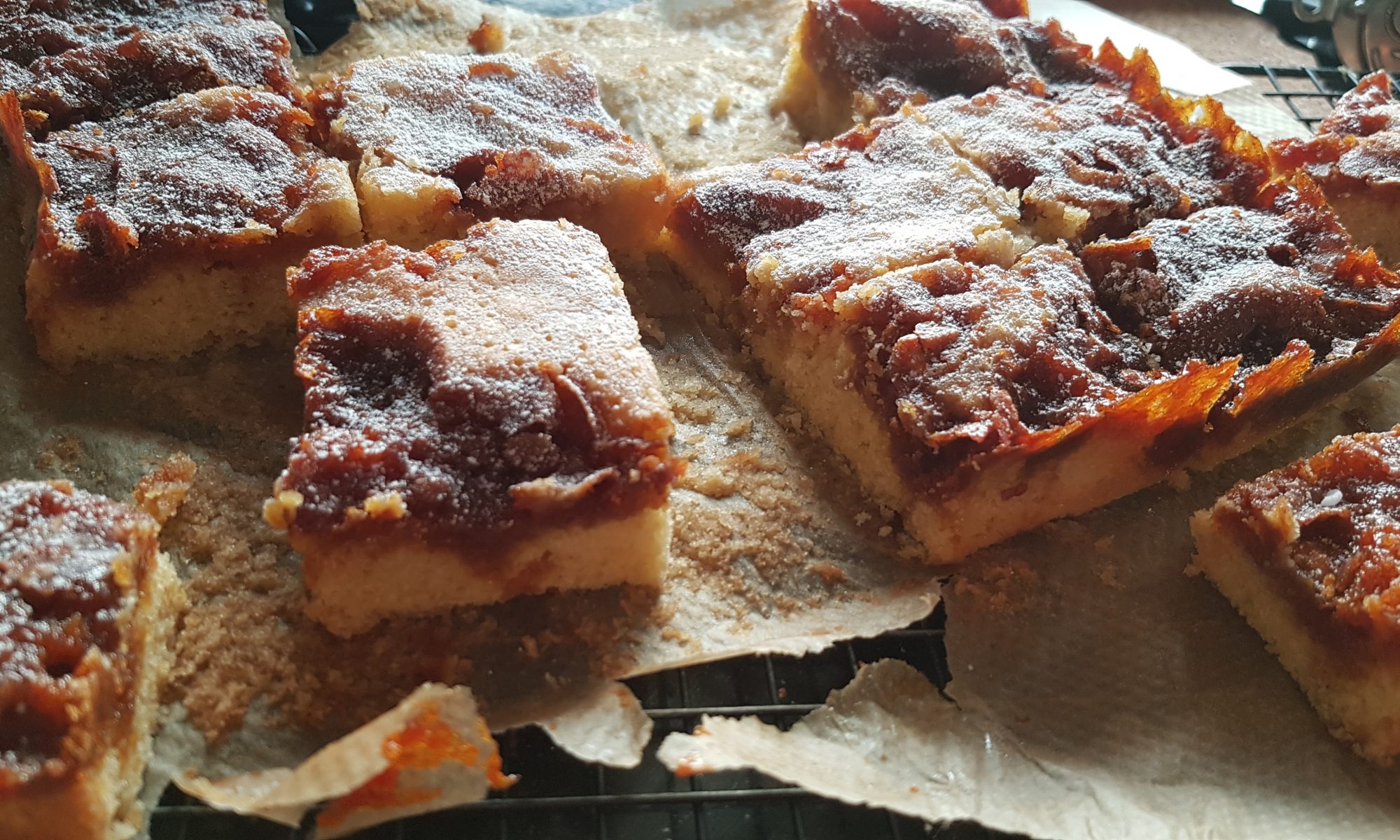 I recently discovered how easy it is to make honeycomb, or cinder toffee if you prefer to call it that.  Seb and I were rather mesmerized by how it bubbled and fizzed and had great fun smashing it! 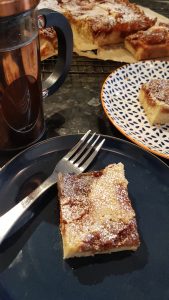 After our foray into making cinder toffee, I decided to find something to do with the leftover honeycomb. I decided that it would work nicely in some blondies. Ophelia had a lot of fun mixing and putting the toffee into the mixture. I was impressed at how restrained she was as none of the toffee ended up in her mouth! These are really easy to make with little chefs as they contain melted butter which makes it really easy to mix entirely by hand. We did have rather a lot of flour on the surface during the process, but the result was a truly scrummy baked good. It was so tasty that Seb was heartbroken when daddy ate the last couple of pieces without saving him any. Simon was forbidden from taking the second batch into work after that reaction. This means I have to exercise some super human restraint and ignore them while he is at work. So if I do happen to be in your vicinity with baked goods, please do save me from myself and remove the baked goods from my possession – my waistline will thank you!

We also used this recipe to help Ophelia practise her egg cracking skills. The first one she watched me crack and then she had a go on her own. This time we had no egg shell in the mixture and a happy little girl with a round of applause from her mother and grandmother.

You don’t have to have homemade honeycomb for this recipe, you could use some chopped up Crunchie bars and that would also have the added benefit of adding chocolate to the recipe too. Now I have that idea in my head, I may have to go and make another batch of them with Crunchie bars. If you do want to have a go making your own honeycomb, I have left a recipe at the end of this post. 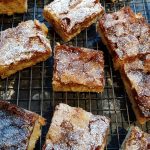 These blondies will not win any prizes in a beauty contest, but the honeycomb caramelised beautifully and rises to the top giving a sort of irregular patchwork effect. They have become a new family favourite particularly with Simon and Seb.

If you want to make your own honeycomb, you will need:

Put the sugar, honey and glucose in a heavy-based pan and heat to 160°c. Oil a square cake pan with oil . Once the sugar mixture has reached 160°c remove from the heat and quickly add the bicarbonate of soda and whisk. Adult, pour into cake pan and once set smash. We used one of the kids wooden hammers for this.