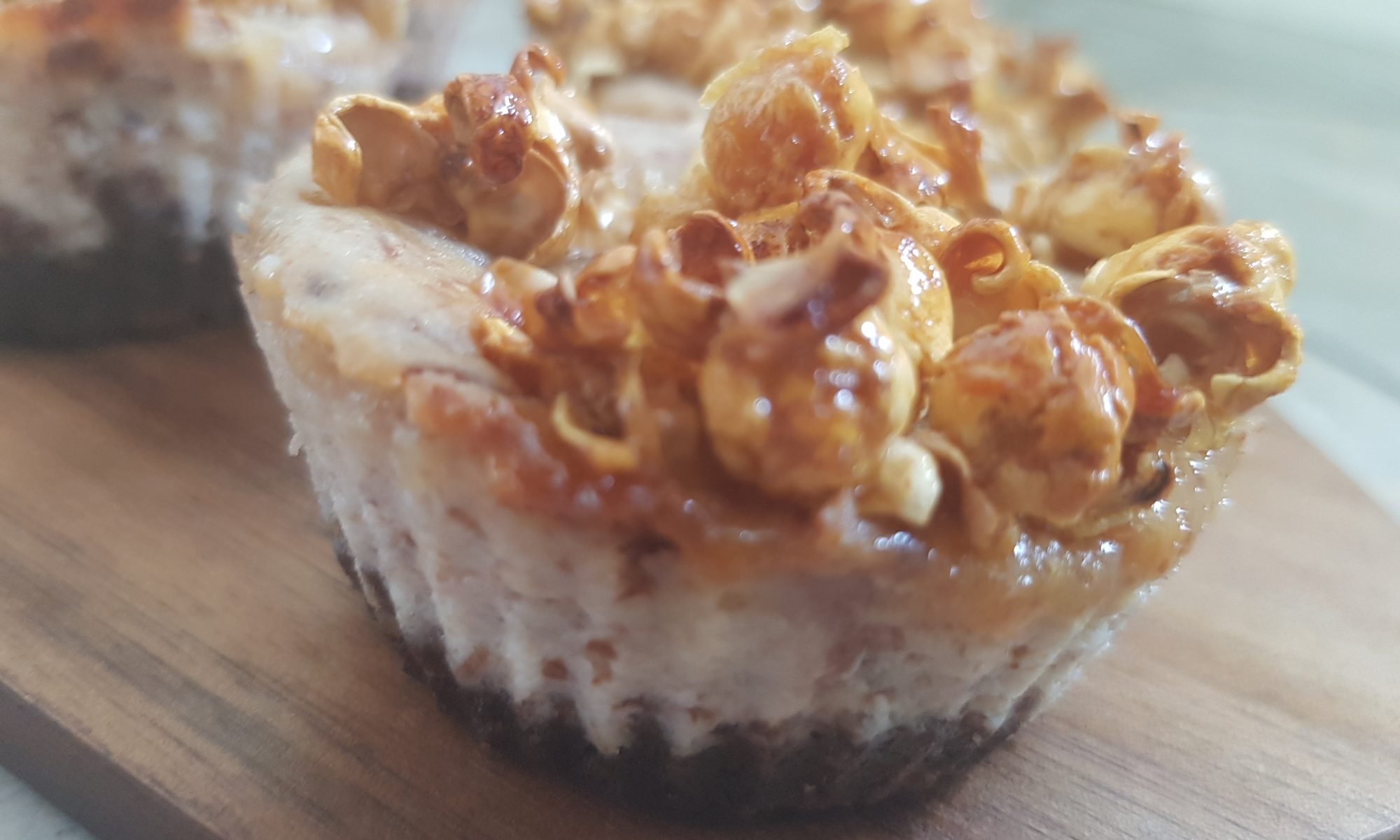 Popcorn is fun. My kids tell me it is fun with their squeals of delight when I suggest we have a film evening complete with popcorn. We have a popcorn maker which I tend to use because the popping sound it generates when it is working makes me smile and I find it mesmerising watching the recently popped corn spilling out of it.

After reading the previous paragraph I guess you can probably picture the enthusiasm and excitement oozing from my children when I announced that I had an idea for a recipe that included popcorn on top of it.

Now I have had this recipe idea in my head since I started the blog, 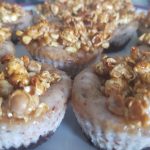 but I am not a huge fan of cheesecake so I had been putting off making the recipe. That was until I saw Seb inhale a slice of cheesecake at lightning speed at a friend’s house and then I thought it should probably make its way up to the top sooner rather than later. As it happens, we had the grandparents round on Bank Holiday Monday (our front garden is looking a lot less neglected now thank you!) and I thought it would be a good opportunity to try the recipe out and spread the calories around and as a thank you for the manual labour (because essential that is what gardening is) they did. It would have been rude not too, especially when they babysat in the evening too!

For the popcorn topping