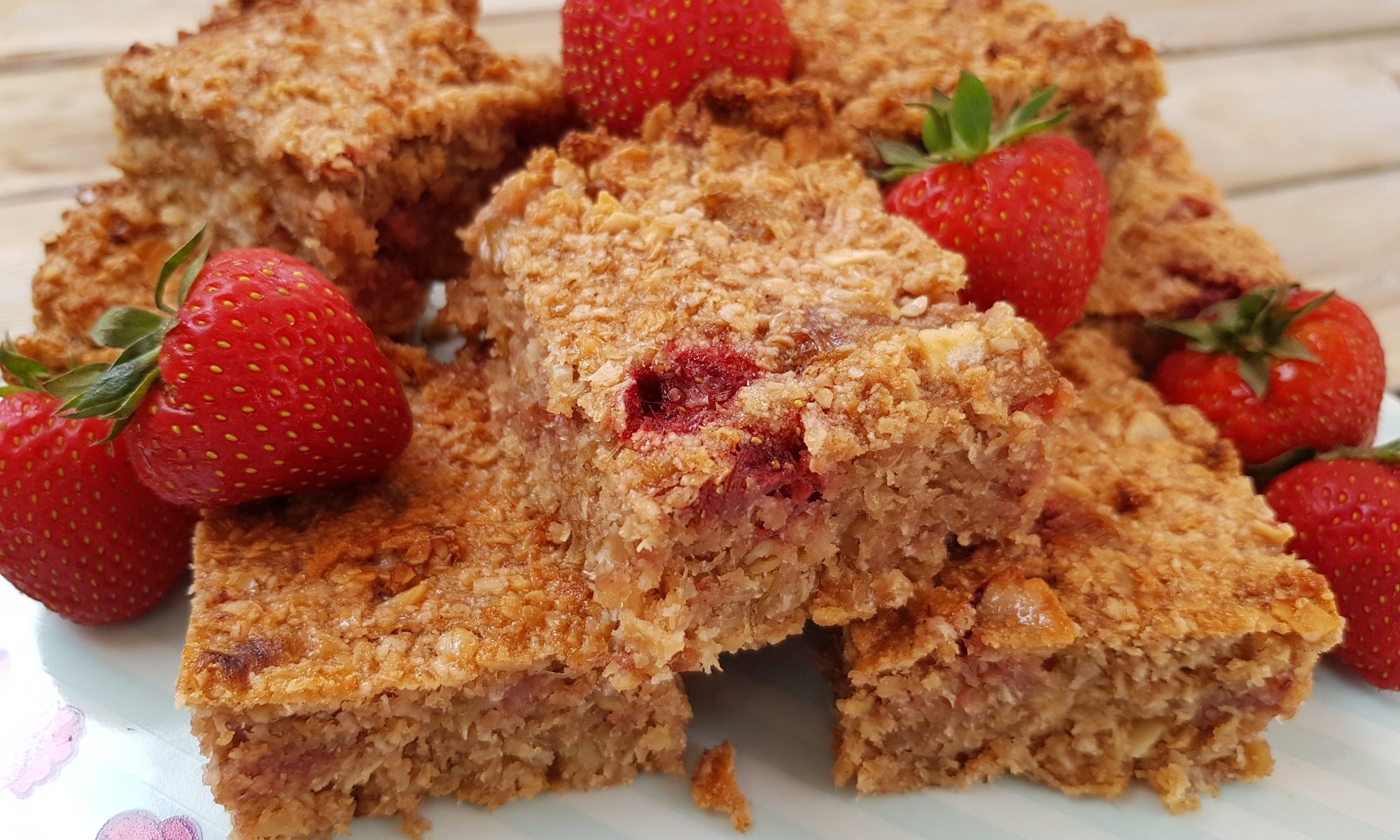 We got some reduced strawberries and rhubarb from the 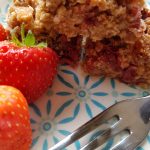 supermarket and my initial thought was this would make a really tasty crumble. However, then I remembered that the boys really don’t get on with it so I started thinking of other options to use the ingredients. My little grey cells got on it and my brain jumps as it so often does to flapjack. Have I mentioned before that my love for flapjack runs deep and true? Well I can tell you right now that it does. 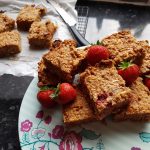 instead of crumble (he really loves crumble and was expecting a crumble!). However, after having tried one he told me they were delicious. Seb and Ophelia loved them. Atticus, after eagerly devouring the remnants left in the bowl decided he didn’t like them. Contrary child. It isn’t at all frustrating when a child will happily lick the bowl and then refuse to try the end product said no mum ever! He did end up gobbling one up later and declared how yummy it was…

These fruity flapjacks were made with coconut oil so are dairy free. The oats could easily be substituted for gluten-free oats. I love it so much when a recipe can easily adapted to make it suitable for everyone!