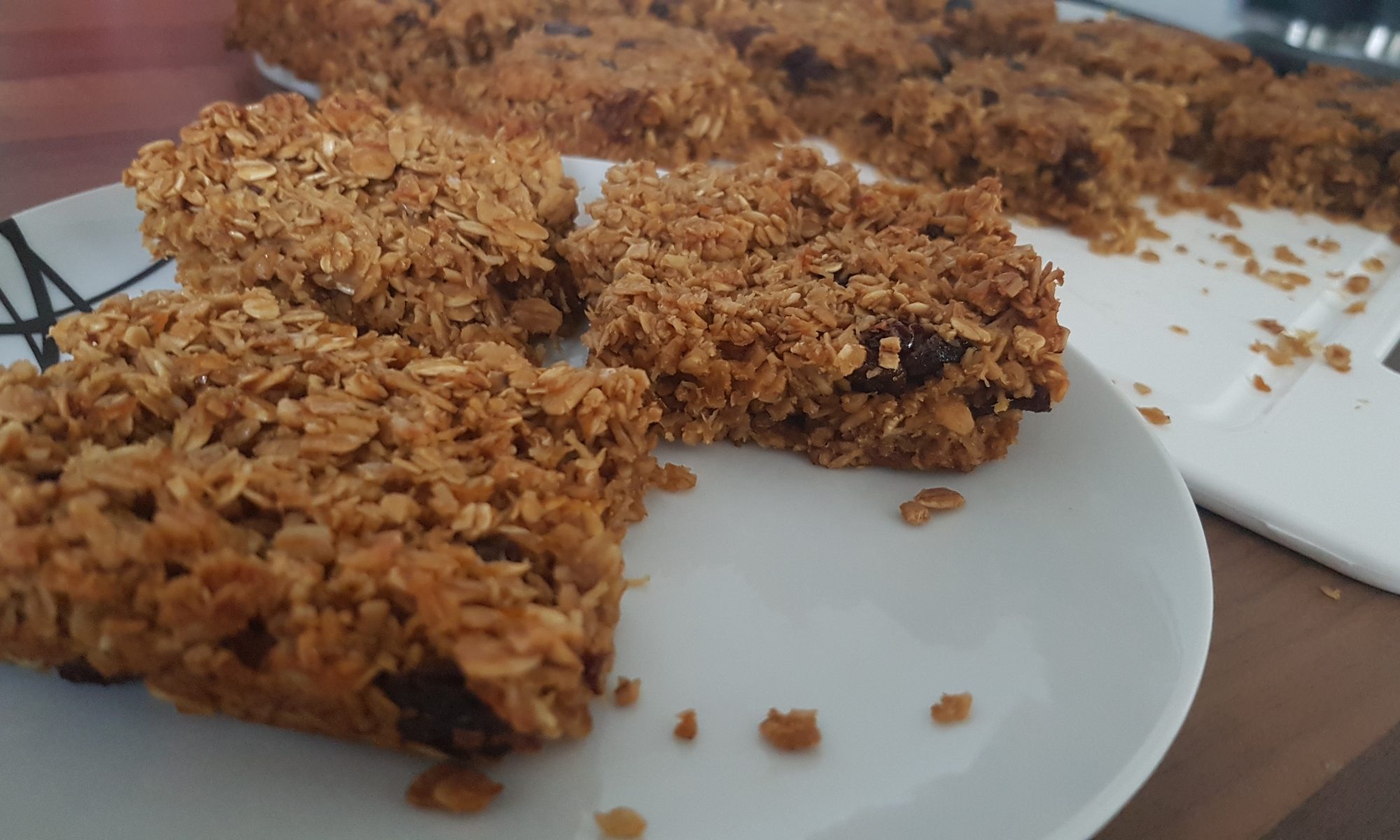 Welcome to my first blog post from the Southern hemisphere! I apologise for the somewhat haphazard recipe, but I must confess I have no scales so all measurements were in cups, well mugs actually, and I doubled the recipe below as we were using a roasting tin. The latter doesn’t bother me though; it merely means that we have more flapjack than I originally planned. Faithful readers are bound to have had enough of me droning on about my love of flapjack, but I shall repeat – my love for flapjacks runs deep and true. I am, however, point blank refusing to buy more baking equipment when we should be receiving my stuff at the end of next month. We shall see how firm my resolve is after another fortnight without my stuff, but for now it is cast-iron strong and not at all faltering…

We are starting to settle into our new home, well we must be if the kids are in the kitchen. It was a bit touch and go when I realised that we had no hangers, but I solved that problem so nearly everything has a home with my slightly wonky logic. I really do hate unpacking so Simon may well have had to delve into his savings of patience while I was putting off the inevitable chore!

Our kitchen set up here is a little different, and to tell the truth it may well take some getting used to, don’t think for a second that the kids would let any of this hinder us. I did let Ophelia wash up after this and I did think that it was going rather well and then I realised that she had used nearly an entire bottle of washing up liquid! Why oh why did I turn my back on her?!

These are Tropical Flapjacks as they contain orange juice and zest, raisins and desiccated coconut. Tropical in flavour but, it’s just a shame that the August weather in Stanley doesn’t match the summery fruity vibes of these yummy flapjacks. They make me think of sunny memories in Loughborough and Surrey before our departure from the UK. They are perfect for after school snacks (if you are lucky enough that your angels have returned) or puddings or even if the kids are driving you around the bend and you need a little treat.

As usual, I demonstrated my lack of patience by endeavouring to slice them before they were fully cooled. Despite the fact that they crumbled a bit, they were really yummy. I think the kids will have to keep a close eye on me tomorrow morning to ensure that I don’t decide to eat the rest of them for breakfast!