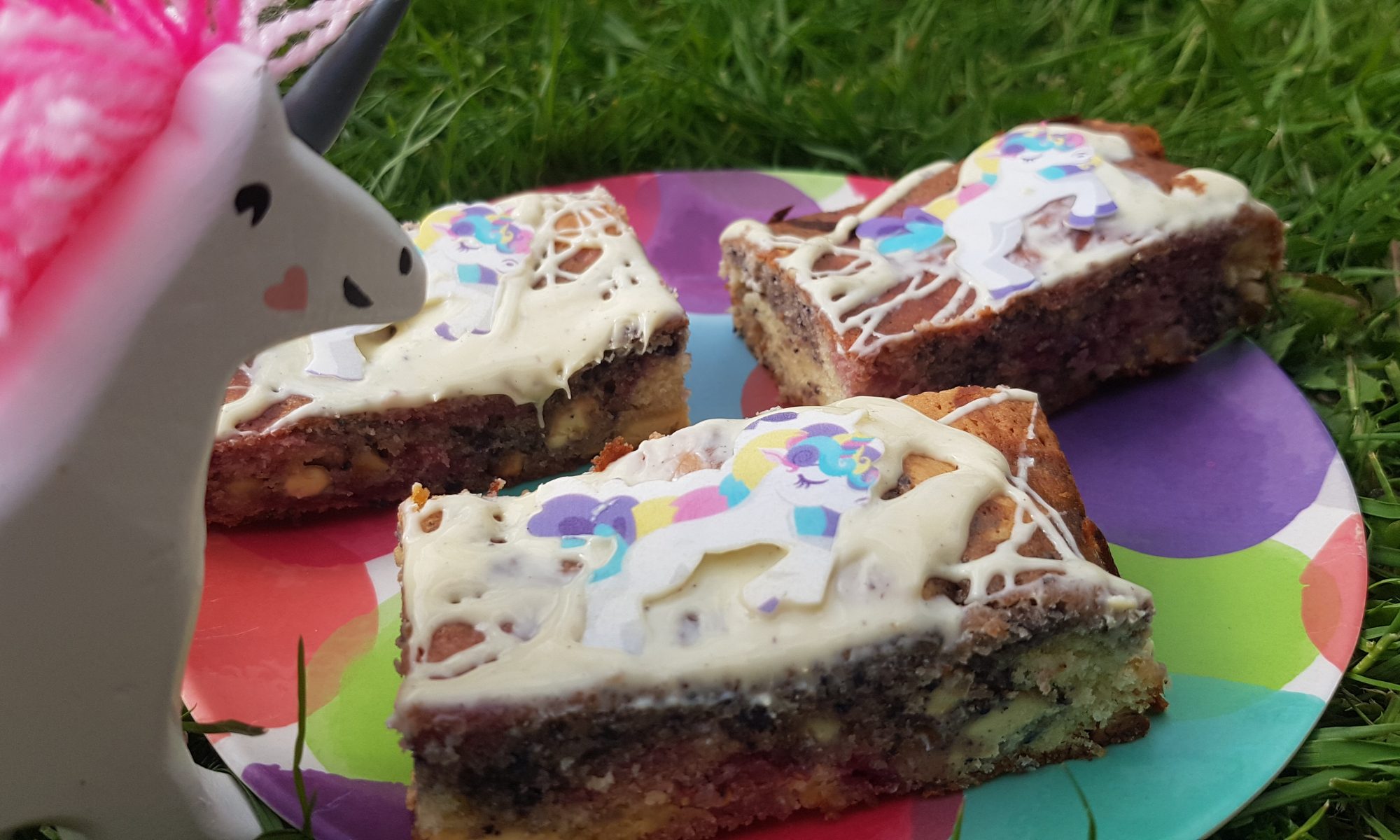 Every time it feels like I have my children pegged, they turn round an surprise me. I know they don’t do this to be contrary, but their little quirks often leave me bemused. Allow me to enlighten you all further. Ophelia, like most two year old girls, loves pink – it is her favourite colour. No one else in the house is allowed to have that colour as their favourite. I have been told that my favourite colour in no uncertain terms is purple! (This is fine by me, but have I created a little bossy monster?!) She lives for the days when she can wear as many mismatched items of pink clothing and display them to as many people as possible. She is also the little girl who refuses to be left out by her brothers and insists on joining in with their superhero games and who received a Hulk costume for Christmas so she isn’t left out.

She also loves glitter and all things that sparkle. Unicorns it seems fall into this category. She has unicorn toys, a back pack and a lunchbox. So with this bake for World Unicorn Day on the 9 April (yes this is a thing, I was unaware until a post on Instagram informed me of the fact) I thought I would be making these with just her, but the boys also eagerly insisted on joining in – an unexpected, yet welcome surprise (this proves you should never – even subconsciously – try to categorise your children…).

The success of this bake should be measured by the fact that I have had to hide them from everyone so that they don’t gobble them up without me noticing. My only motive is to ensure that everyone gets their fair share

To make the different colours, we used frozen blueberries and raspberries instead of food dyes. They don’t produce as vibrant a colour as food dyes do, but they do add a really nice fruity taste to them. They also make me think that they are slightly healthier despite all the chocolate!

I hope you have a sparkly and colourful World Unicorn day filled with rainbows and other beautiful things, but most importantly these Unicorn Blondies. Today is 9 April, and I am happy to report that we have three small squares of blondie left for the kids today. That is good planning and restraint on my part!