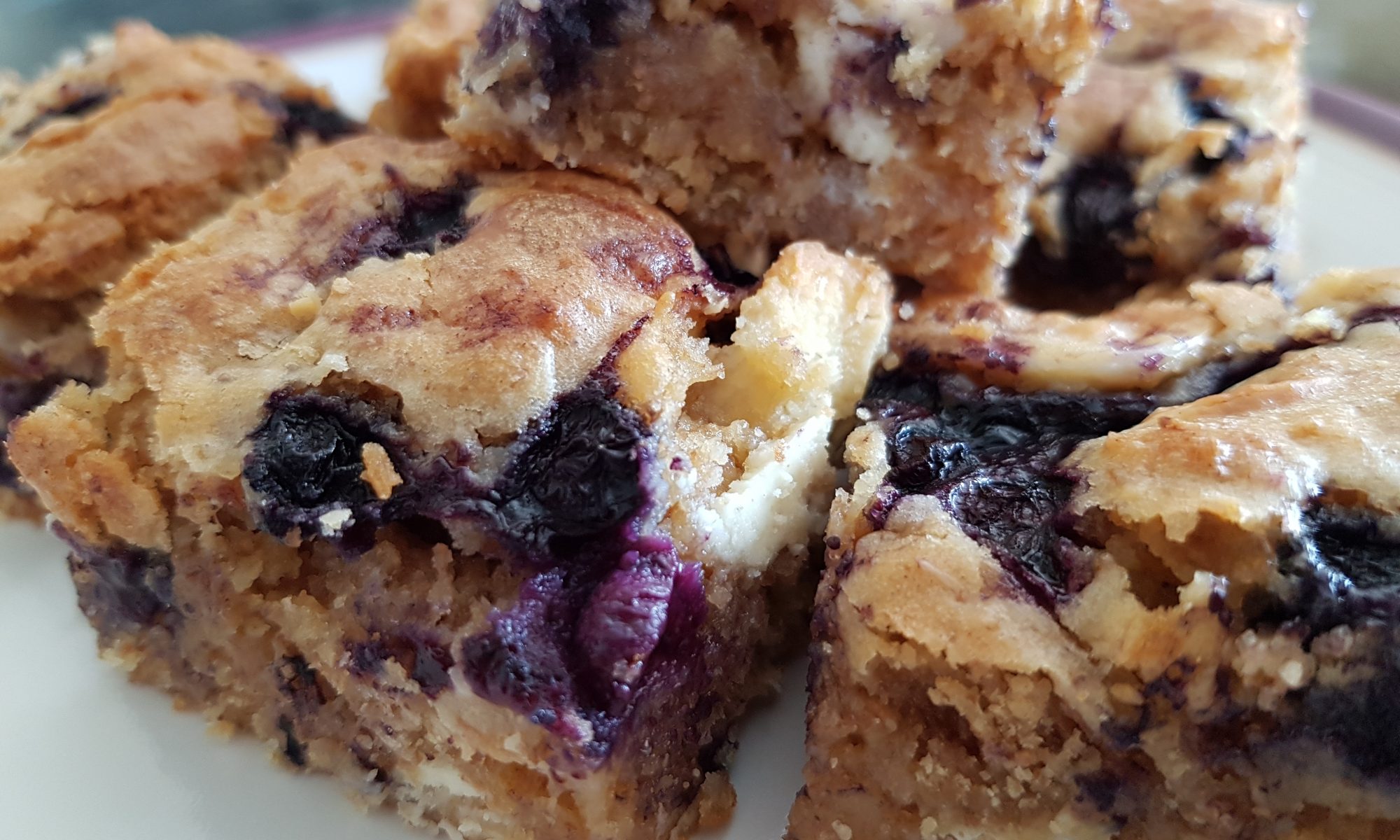 A while ago the children and I tried a brownie recipe which included chocolate Weetabix in the ingredients. 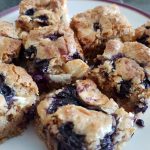 Remembering how much fun the kids had smashing the Weetabix to smithereens, I decided that we would have a go with Shredded Wheat and make blondies. I love the idea of cereal in brownies or blondies. Adding cereal to baked goods makes me feel a bit less naughty when I eat them and I bet if I didn’t mention it and I offered you one, you probably wouldn’t realise that they contained Shredded Wheat.

Whenever I mention a cooking project in the vicinity of the children, Ophelia always pipes in with: ‘me too, me too.’ This made me realise that she would probably like to have a project on her own. She was the other reason for using cereal in this recipe. At 22 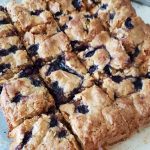 months, she clearly has very little concept of quantity, but she can count to three. We counted two packets of Shredded Wheat together (4 biscuits in total) and while she bashed them still in the packets (less mess) I measured out the rest of the ingredients and melted the butter and the white chocolate.

I may be wrong, but I am pretty sure she may have (well OK definitely) eaten some blueberries. She ate more blueberries in this process than chocolate. Knowing Ophelia as I do, I didn’t find this particularly unusual. What did surprise me was the colour she had around her mouth and all over her hands afterwards.  If you are using frozen blueberries, you may want to have wipes to hand to stop your little one getting blueberry juice everywhere! 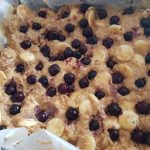 particularly with her brothers as she is desperate to be one of the big kids. I had expected that they would be a popular pudding choice. However, I was amazed that we managed to save some for Daddy and even my sister and her husband when they visited a couple of days later.

One Reply to “Blueberry Blondies”