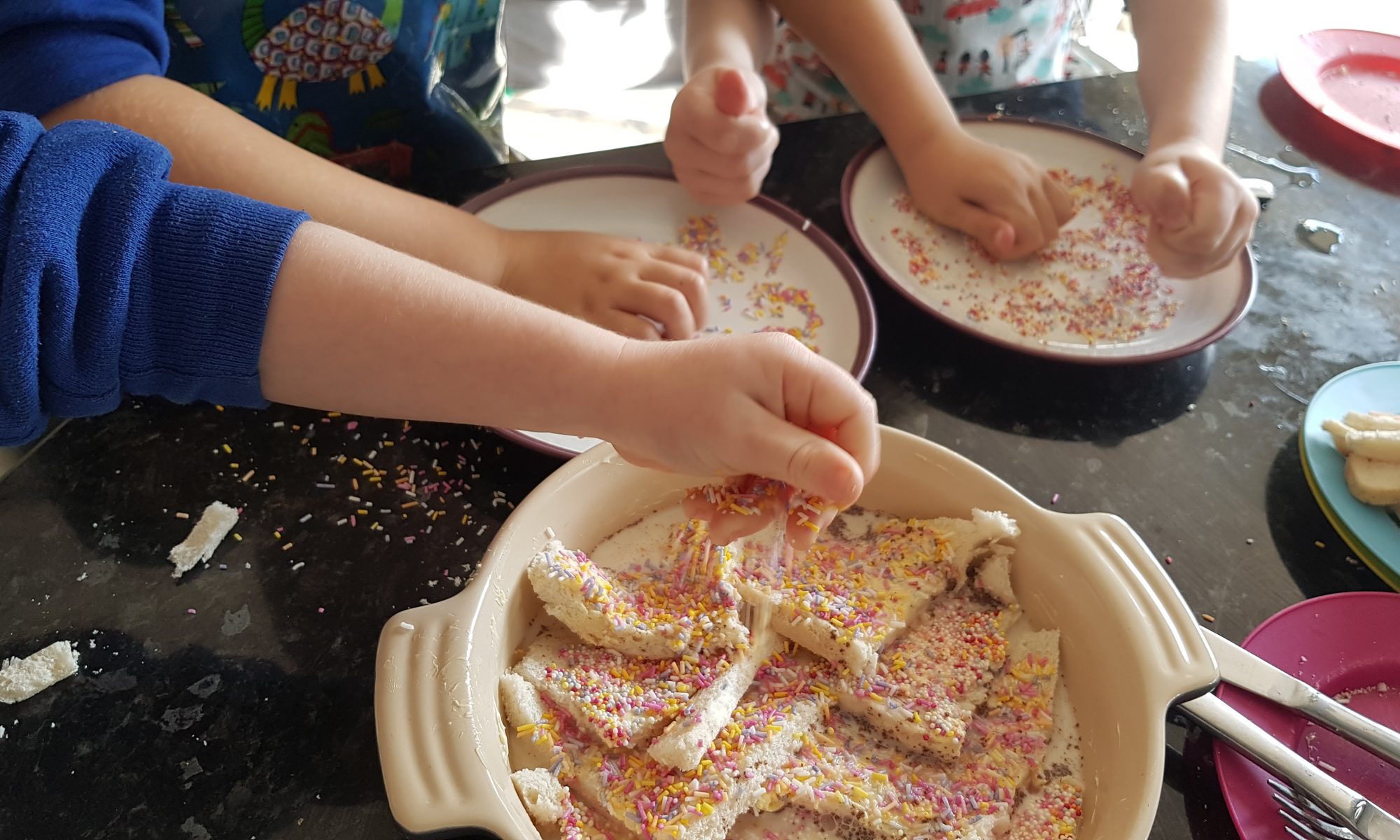 As far as I am aware, Fairy Bread is considerably more common in Australia and New Zealand than it is here in the UK. For those of you who, like my husband, had never heard of this yummy delicacy it is merely bread with butter and lashings of sprinkles. I think it is a yummy treat which  makes the children happy as it has sprinkles and it makes mum happy too as it doesn’t take an age to put together and older children can even do it by themselves. 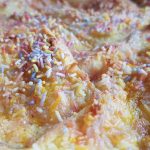 Confession time; our kids have fairy bread when we really need to go shopping, but haven’t quite made it. Normally when I need to wait for Simon to return from work as I can’t stand the idea of braving the supermarket with three children in tow. Have I mentioned how much I really hate taking children to the supermarket?!  I recently discovered that taking Ophelia was far from the mother-daughter bonding time I was anticipating. I made the mistake of attempting to use the self service scanner and she managed to reset not one, but two machines in the space of 20 minutes. I really don’t know what she was doing to them. She’s two, and she managed it twice! We had to go through the tills instead. I had to take a couple of really deep breaths to prevent me from having a tantrum on the floor of the supermarket. She remained oblivious to my frustration and continued to chat to everyone with whom she could make eye contact. 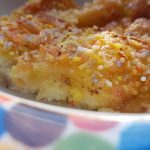 it would be fun for them to make the pudding. I had been wanting to try Fairy Bread and Butter Pudding for a couple of weeks, but wanted to leave it for a special occasion and this seemed to be it. I was somewhat concerned that the sprinkles would just dissolve or leak their colour out. They did do the latter a bit, but it looked really fun and everyone had a lot of fun so I am going to declare it a success. You could use darker coloured sprinkles and they would then be more visible.

Me writing up this recipe had also very handily combined with pudding week on the Great British Bake Off! See how that worked out?!

This pudding made the kids ridiculously happy. I mean to say, have you ever  met a child who doesn’t love, (please read completely adores and would argue to the death over) sprinkles?! I am yet to meet one. The children shared this pudding really nicely and there was enough for Simon to have a small sample too. Unfortunately I didn’t get a look in this time, but the empty plates testify to the success of this pudding and the children are eager to make it again!

If you do decide to make this, or any of my creations, please do drop me a line. I love to hear if your little ones have had fun with these recipes.