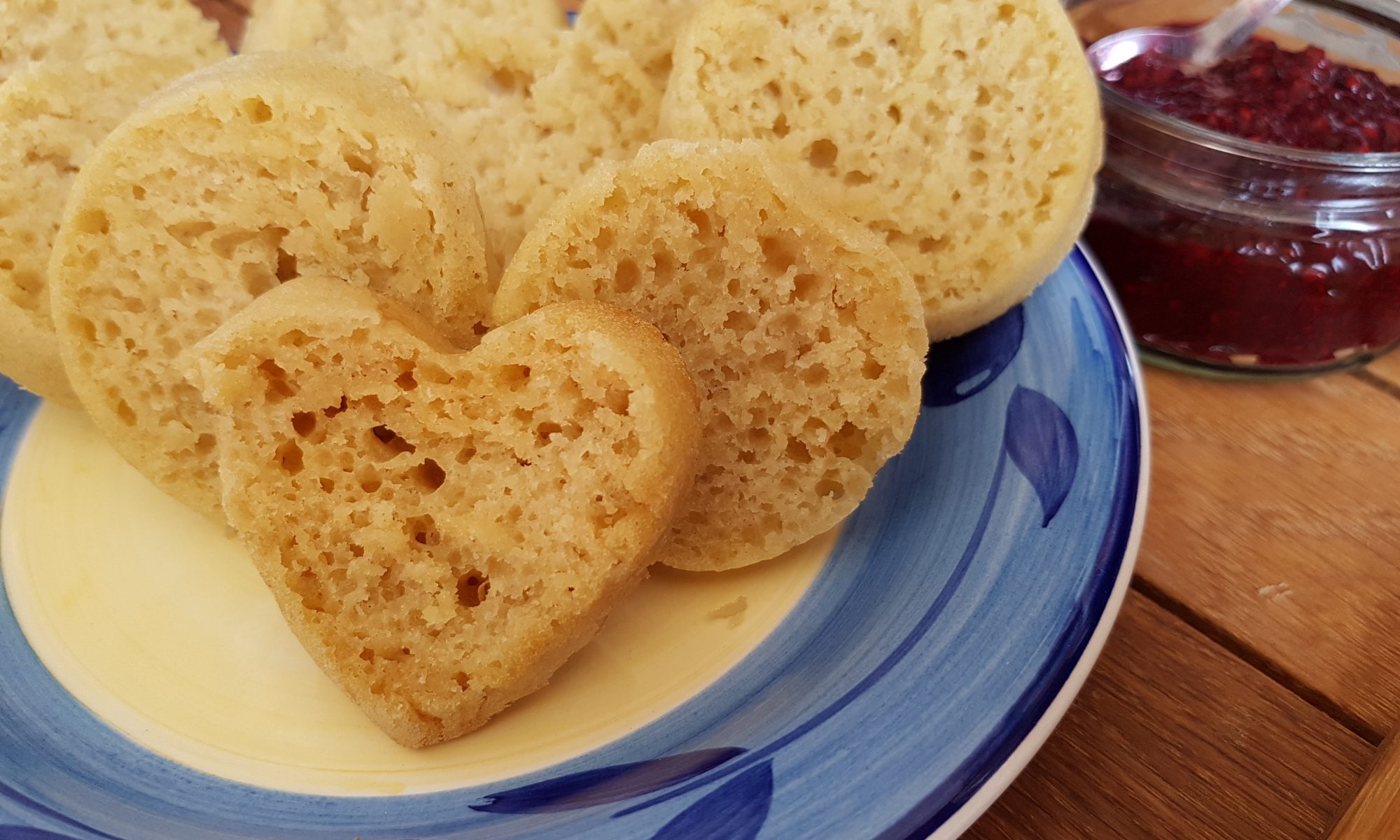 The 23 April is St George’s day. If I am honest, and honestly I do tend to be as it prevents the guilt that lying can cause and I am just not a good enough liar to pull it off without getting myself into a pickle, this sort of occasion tends to pass me by before I even realise and have the chance to do any activities relating to it with the kids. This year Simon suggested that I get the kids involved about a week ago and this spurred me to find a recipe that I had not made with the kids before, but which was also traditionally English.

Many ideas zipped across my head and I immediately became desperate to try as many of them as possible. I had to tell myself to slow down and that there is plenty of time to make bubble and squeak with leftovers and convince the boys to eat stewed fruit so they will enjoy a tasty, yummy, delicious, warming crumble. Yes the boys love fruit, but both refuse point blank to entertain the possibility of consuming stewed fruit in any sort of pudding. It is very strange, but, as yet I have been unable to change this. Ophelia, much to my delight, doesn’t share this peculiarity. After I had manage to channel my thoughts, I decided 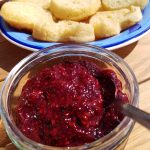 what could possibly be more English than crumpets and fruit jam? After reading that crazy jumble of ideas, you have a greater understanding of how hard it is for my family and friends (my husband in particular) to keep up my train of though and stay sane during the process!

Crumpets are traditionally cooked on a griddle and despite their regional variations, the crumpet that we recognise today seems to be a product of the Victorian times when yeast was added to the recipe. 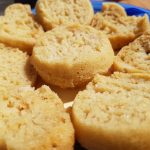 Now before you start thinking crumpets, gosh they sound fiddly and difficult and I don’t want my child standing over the hob for that long as they will get bored and you never know what mischief or trouble they could cause, don’t worry these are oven baked. Woop woop! My children all love crumpets and eating homemade crumpets definitely makes the process all the more special. 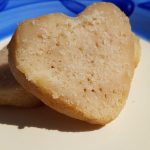 however, been informed by a gluten-free friend that they taste like normal crumpets. They may need to be cooked in the oven for a minute or two longer as well and are best toasted. The close up on the left is a gluten-free crumpet and as you can see the holes are less pronounced.

For the Chia Seed Jam

In this recipe the chia seeds act as the gelling agent instead of the pectin. The more chia seeds added the thicker the jam will become. You will not get the same set jam that traditional jam making will yield, but as I have discovered, it is a perfect way to introduce children to jam making.

If you have young children (between 1 and 4) you can still make this recipe. I would advise you choose a soft very ripe fruit such as strawberries or raspberries and they squish them with a fork or potato masher and then follow the same steps as the stove-top method.

As soon as we have finished making the jam, Atticus turns around and says to me; ‘Mummy I don’t like jam.’ I had to do my best not to snap at him and remember how much fun he had making the jam with his brother and working the apple peeler and watching the jam get thicker. Luckily, Seb and Ophelia both seem to like it. Ophelia managed to get it all over her face and behind her ears, but she did have a smile all over her face when she did so I was happy. I took this as a positive sign and this gave my patience levels a much needed boost after Atticus’s comment! 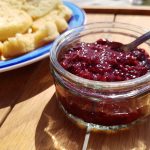