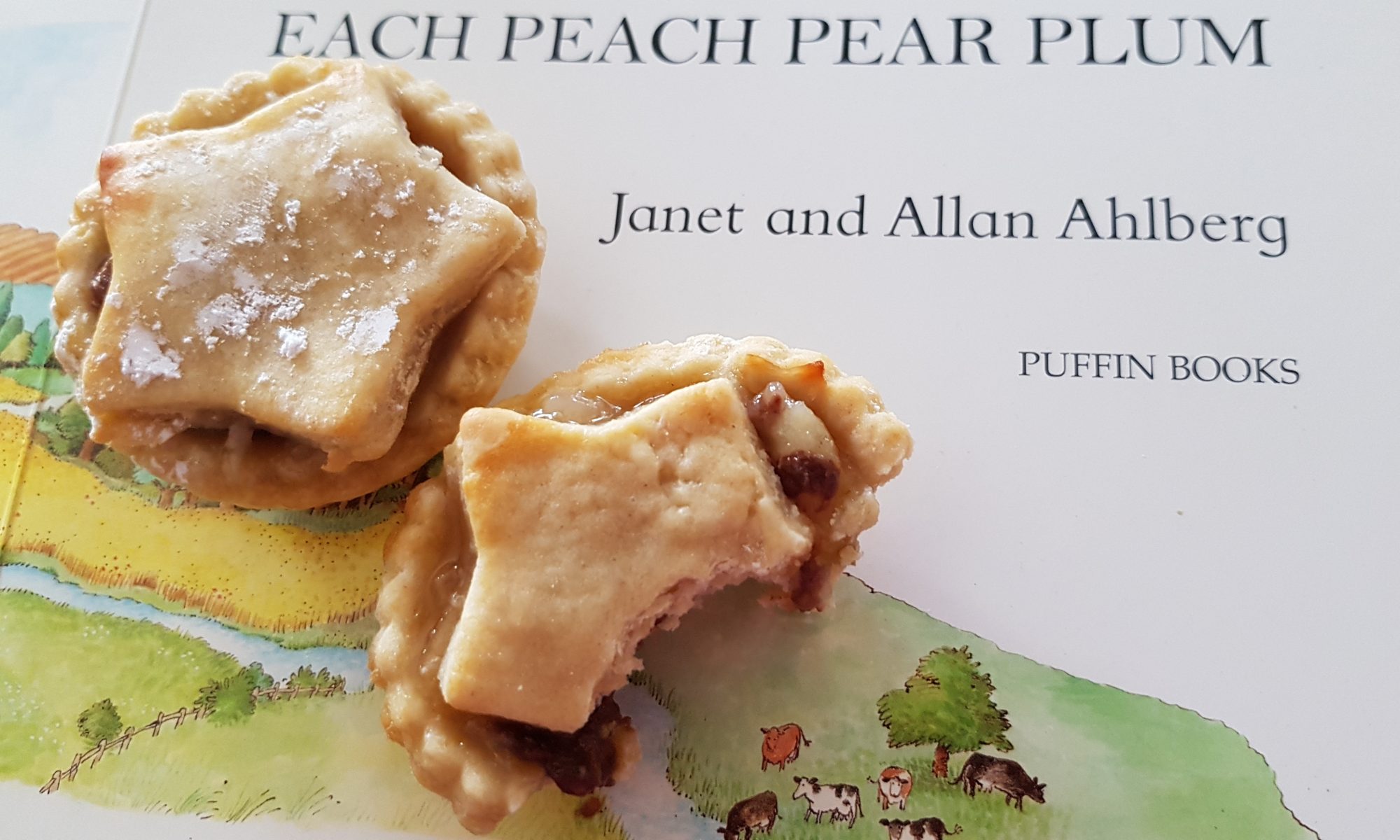 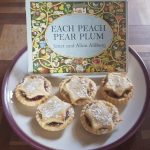 Ophelia’s favourite story is Each Peach Pear Plum by Janet and Allan Ahlberg. She will wander around the house saying any combination of the title fruits and often I think she is asking for a snack and she wants a story instead and vice versa! In all fairness, I think she decides that she wants the opposite of whatever I suggest and does it to fluster me… She can be quite contrary. Just reading that back makes me think I have become cynical in my old age. I never used to have a cynical bone in my body, but since having children there are times when I find myself thinking something and I end up questioning where the cynicism came from. But that is another story…

Seeing as my daughter loves the aforementioned book so 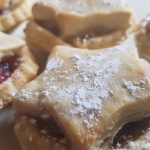 very much I thought it was about time it was incorporated into our baking repertoire. My initial thought was that a lovely big pie would be really yummy. But the kids really do enjoy stamping out pastry circles and placing them in the bun tray so much that little pies won out. That and it meant we could top them with stars which is always well received. As the children (yes Atticus I am talking about you) are very hit and miss with cooked fruit, I decided that we would mix in honey, flaked almonds and chocolate chips in as all the little people in our house love them.

These little pies were really yummy and as they were small I could eat a whole pie without feeling guilty. I can see us making little pies like this nearer Christmas potentially with a more festive filling. I can’t believe I am thinking of mince pies in August! Oh well.

I have included an aftermath photo earlier in the article so that you know that it isn’t all perfect in our kitchen when I cook with the kids. It isn’t always this messy, and yes it does take time to clear it all up, but in my head, the memories we all make outweigh any trouble. Also my kids do quite enjoy helping with the washing up, wiping the surfaces and trying to sweep the floor. I have my own little army of helpers in training.