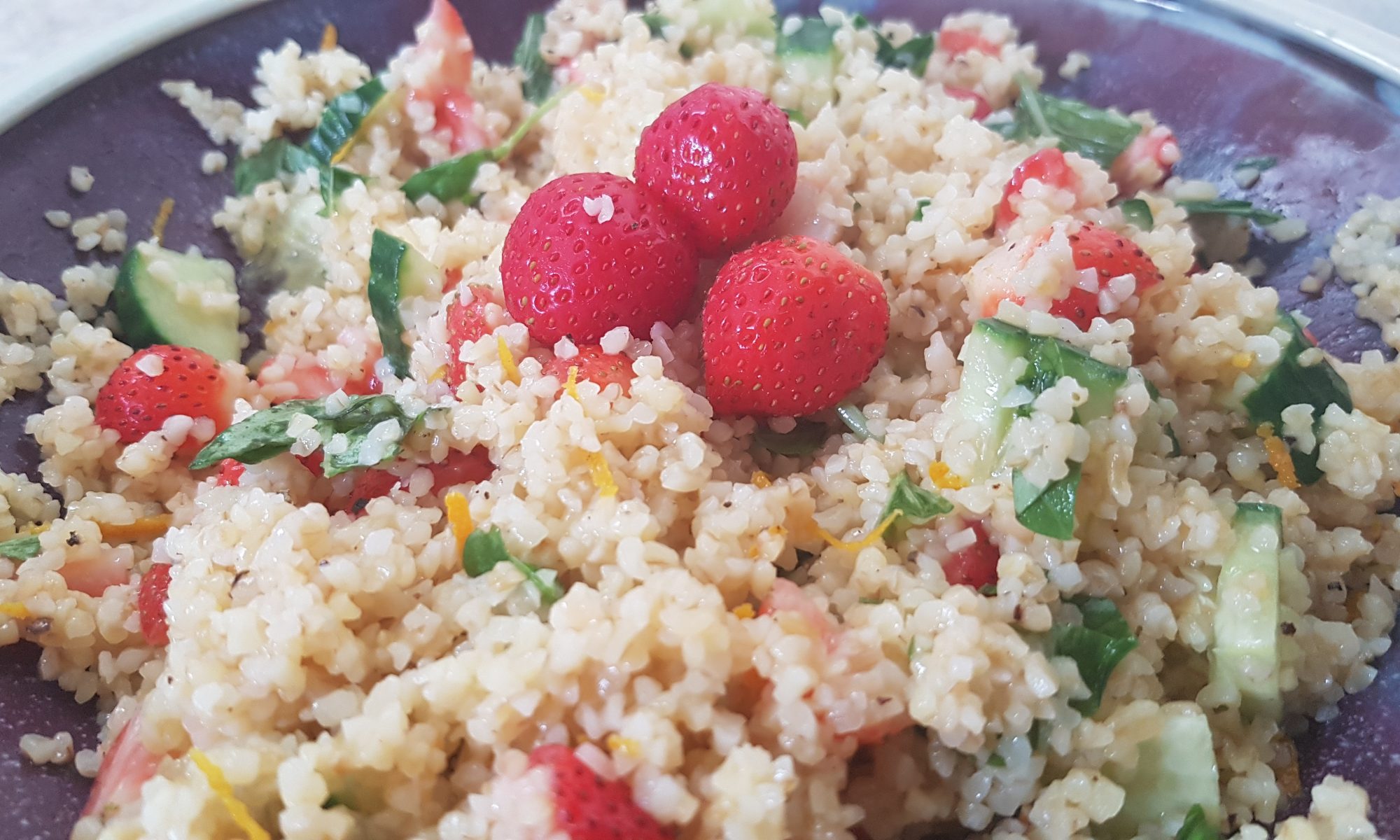 The kids went to stay with their grandparents earlier in the summer. It seems they were, much to our relief, delightful. We were informed upon our return that Atticus had taken a liking to his grandmother’s lunch one day and had eaten quite a lot of bulgur wheat. This was surprising on a couple of counts; firstly in the past he has shown no interest in any of the grains I have offered him and secondly he seemed to eat all the vegetables that it came with including leeks. It was one of those moments when I had the feeling that another child was being described!

We should have taken advantage of this interest in a new food stuff sooner as by the time we had got round to purchasing more bulgur wheat a couple of days later, Atticus had become less enthusiastic. Maybe we didn’t cook or present it the same way his grandparents did. Or maybe he secretly wants to keep us on our toes and eating certain foods for grandparents and not for us is his way of doing so. Speculation aside, his reaction to the bulgur wheat that he previously professed to love now seemed to be tepid at best. 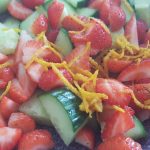 remembered how odd I thought the combination was and then after eating it how happy I was with how it turned out. With this in mind, I decided that strawberries and cucumber would make a nice addition to a bulgur wheat salad along with basil, orange zest and orange juice. It may well sound like another crazy combination, but it does work and makes a lovely summery salad. Other additions could include dried apricots or raisins and if you want a bit of crunch some sunflower or pumpkin seeds. But having eaten too much cake recently, I decided that I should really try and make a slimming world-friendly recipe that the whole family could enjoy.

This salad was enjoyed with both 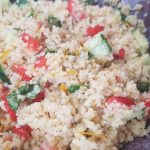 fish and chicken. It has to be said, Atticus picked all the strawberries and cucumber out and only ate some of the bulgar wheat. Ophelia happily gobbled the whole lot up and so did I! It definitely did make a change from a potato salad or coleslaw with our lunch.