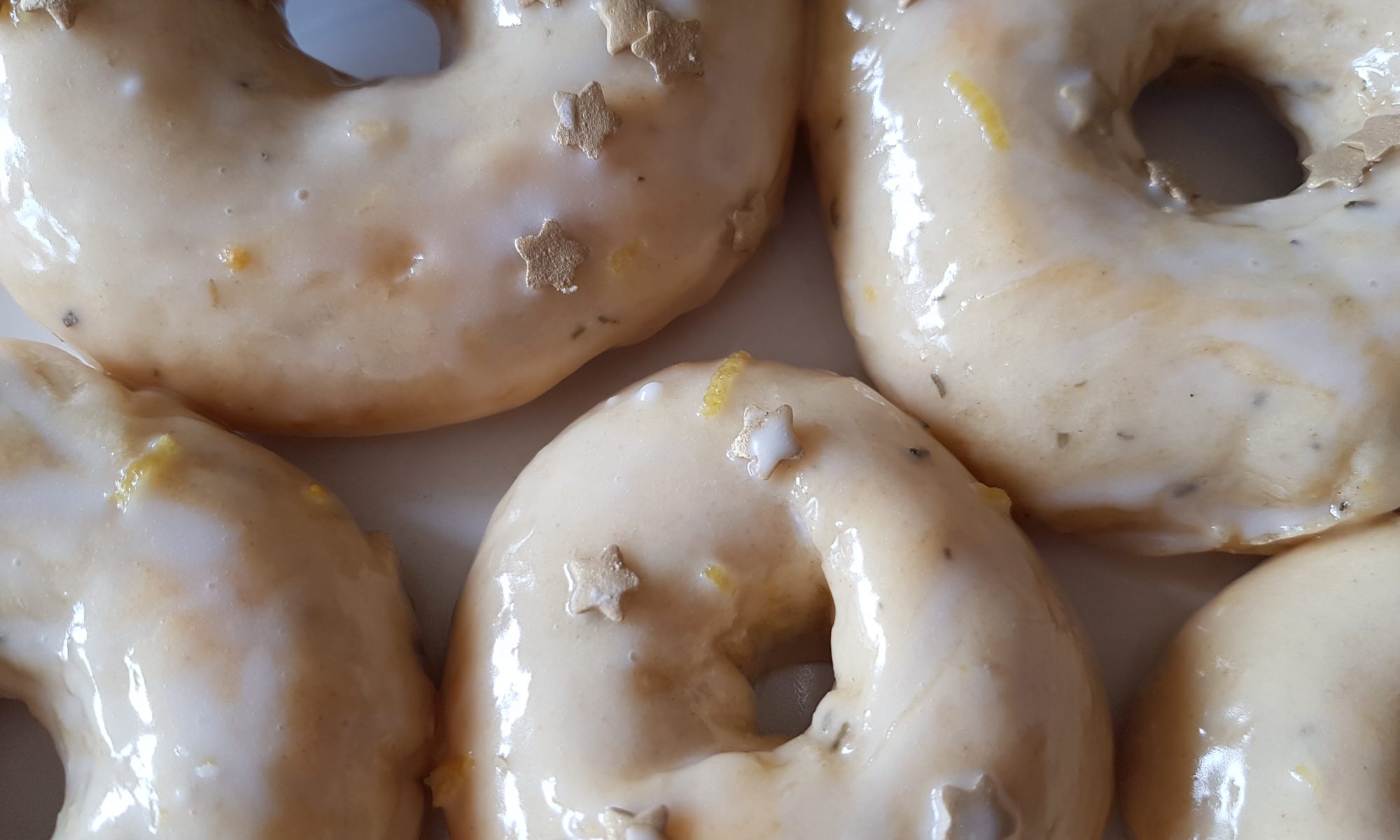 I will use literally any excuse to try a new recipe. I find that cooking 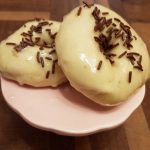 with the kids allows me to spend quality time with them creating those all important memories that will keep me smiling long after the kids are in bed or when they are driving me insane. In addition to the aforementioned, the reasons for this recipe are two-fold; we have a surplus of rosemary in our garden and I wanted some new and interesting ways to use it and secondly 12-19 May 2018 in the UK is National Doughnut Week in aid of The Children’s Trust. So we made a donation and doughnuts! 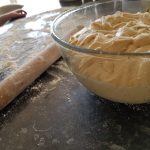 I need to underline, I am not a professional baker and these were our first attempt at baked yeast doughnuts so they are not perfect. I am sure every home baker would say that they taste better than they look at some point. This is generally exacerbated when children are involved in the process as mine were in this one. That said, I was happy that the rosemary could be tasted in the doughnuts and think the lemon glaze was a good contrast. 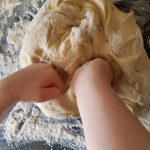 the dough with me and talking about yeast makes dough rise. We talked about kneading the dough to make the yeast ‘friendly’ (or activate it in grown up talk). He had so much fun with the doughnut cutters and the fact that he could pop the centre of them out and then re-roll the dough had him chuckling during the process.

Atticus was my glazing and decorating helper. He did keep on trying to eat the glaze as we made it. He enjoyed giving the doughnuts a dunk, but definitely preferred sprinkling the stars over them.

I would say, these are softer and more doughnut-like when they aren’t overbaked. So cooked in a preheated oven at 180°c fan and cooked for 7-8 minutes as for the large ones and 4-5 minutes with the smaller 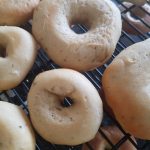 ones. They may look a little pale, but they will have the lovely soft texture inside. If you do decide you want a firmer doughnut, you can always return it to the oven for another couple of minutes. It unfortunately doesn’t work both ways so keep an eye on them! We did overbake some of ours and they lost some of their doughnutiness, but they still tasted nice.

I did make another half batch without the kids and managed not to overbake any of them and they we soooooooooo good that I wished I had made a full batch as I just wanted to stay up and eat them! Although it is probably best that I decided in my wisdom to reduce the quantities otherwise I think the kids would have to push me out of the door!

To make the glaze 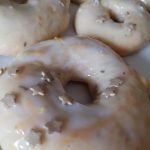