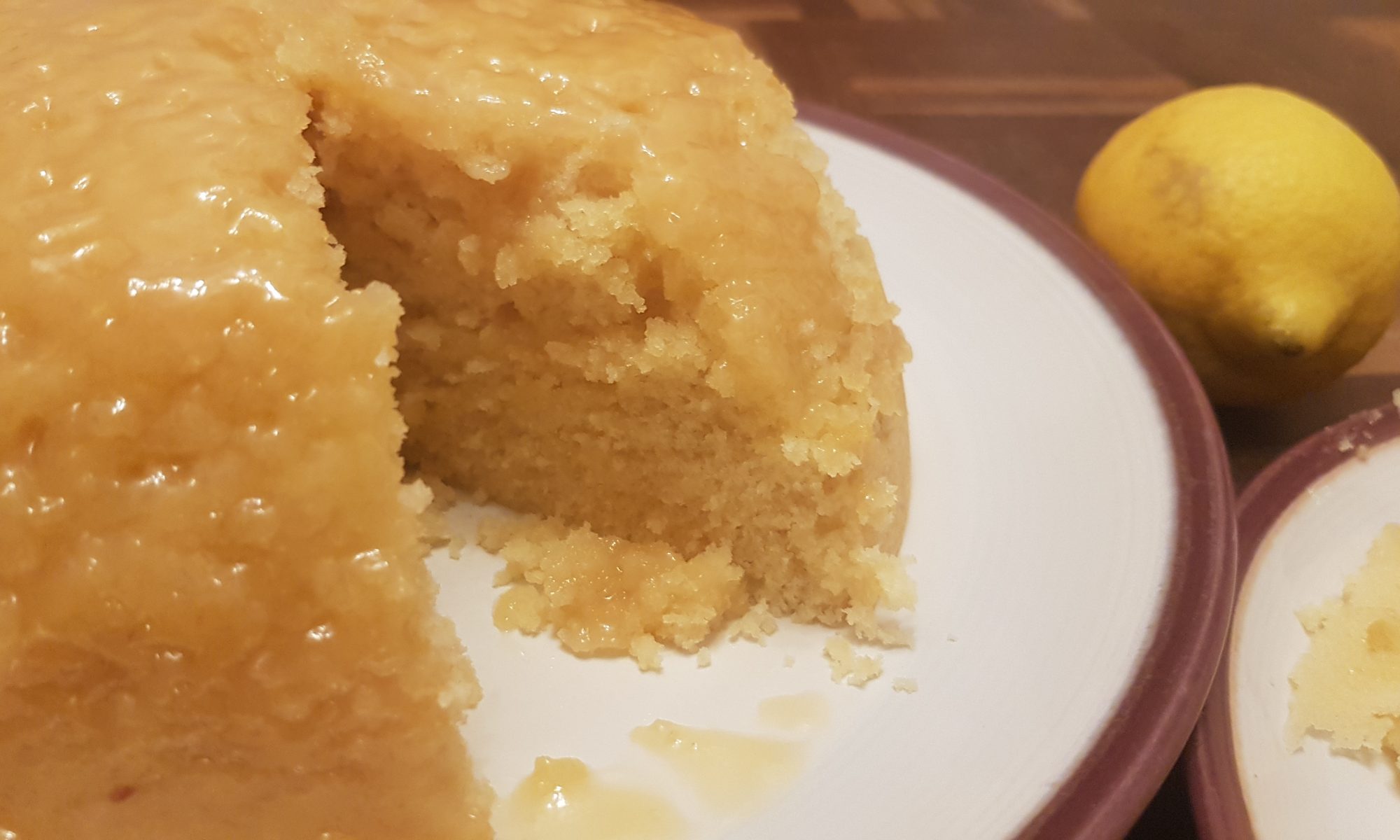 And just like that the Christmas holidays are over for another year. Part of me is rather looking forward to having a bit more time to get everything done, but the other part of me is mourning the end of the holiday time and the fact that the boys are returning to school. As a last fun activity for the holidays I thought it would be fun to experiment in the kitchen with a steamed sponge. If the thought of having to watch the pan and continuously top up the water puts you off making a steamed sponge, we cooked ours in the slow cooker.

You could make this with any flavour jam or curd that you have leftover in the fridge or even some gift jars like we did. As we made lemon sponge we put in lemon zest and juice, but altering the flavours would be really easy. For a vanilla sponge, use 1tsp of vanilla extract and your jam flavour of choice. For a chocolate sponge, remove a tbsp of the flour and add a tbsp of cocoa powder and 100g of chocolate chips and use chocolate spread instead of jam or curd. I am sure a chocolate-based pudding is pretty much a firm favourite in most households!

Since starting cooking with the kids regularly, I have learnt that asking small hand to hold a citrus fruit and have a go at zesting invariably ends up with somewhat grumpy children. They want to complete the task, but as yet are unable to hold such a large fruit and operate the zester at the same time. To enable them to complete more of recipes using zest on their own, we tend to use a tub grater with the small grater attachment to achieve fine zest. Atticus managed this admirably for this recipe and was quite sad when he had done it all! It may seem obvious, but maybe this tip will help someone. It took longer than it probably should have for the penny to drop for me!

The one bit of this recipe the kids didn’t do by themselves, was folding the lid and tying the string around the pudding basin. This can be a bit of a tricky process. I had Seb lay the foil down first and then the baking parchment over it. We folded it in half and then he painted the greaseproof paper with butter. I tied the string round in a double knot while he held on to the edges of the paper to ensure it all went under the string. I did also let Atticus pour the water into the slow cooker. Yes we did have a bit of a puddle on the surface and the floor as the jug was too full for him to accurately gauge the angle and say splish splosh at the same time!

You could also make this on the stove in a large pan allowing it to simmer for 2 1/2 hours. I have found that this is a wonderfully adaptable and versatile pudding. We made ours after lunch and served it for pudding at our evening meal after afternoon when it was ready.