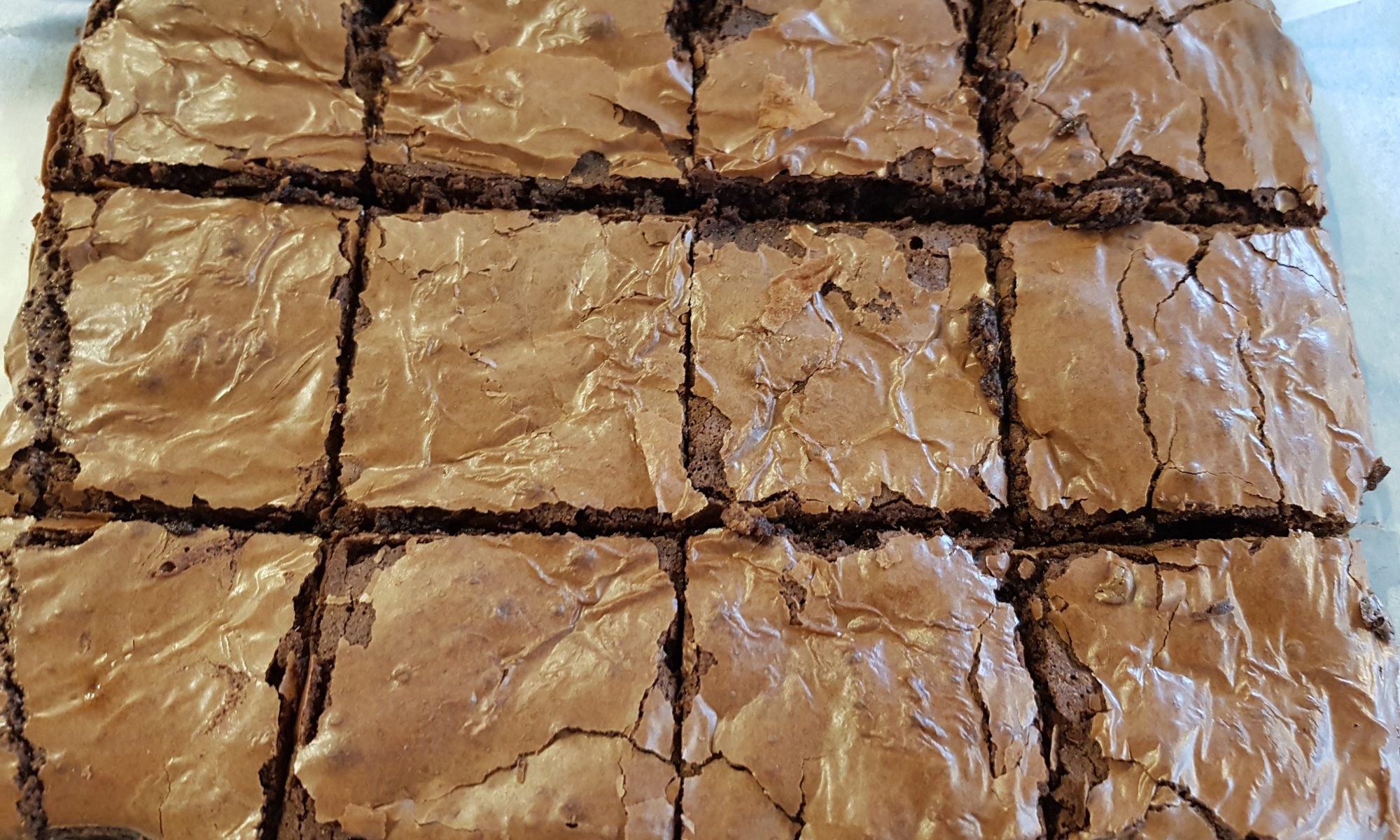 We love cooking with chocolate. Every time I make a batch of brownies, I wonder why I don’t make them more often. Then after eating quarter of the batch in less than 30 minutes I remember why I don’t! I have no self control when it comes to baked goods containing chocolate.

It seems I have also passed this on to Atticus as I had to snatch the bowl from him after he had licked it clean after making them and practically frog march him to the sink to wash his hands and face. I did not want any of the mixture on my walls or furnishings!

These brownies were a really tasty experiment and are my latest creation with the rosemary from the garden. We paired the rosemary with olive oil and some ground coriander to balance the flavours. The olive oil makes

me think they are healthier than they really are and alleviates some of the guilt that I can assure you came about after eating as many as I did! I also did a spin class the following morning to balance the binge! Using olive oil in this recipe also means that if you use dairy free chocolate these brownies would be dairy free.

They sort of reminded me of the spiced chocolate Christmas cake (hence the name) I made last year, but without the fruit and the rum. I was in two minds whether I should post this now or wait until nearer Christmas. Then I decided that I would make them anytime so why not?! They are definitely on my list to make again before the winter. I must add I cut them into 12 large brownies. You could easily cut them smaller, but I am always worried I will eat loads more without noticing if they are small whereas at least I realise what I am doing when I eat more than one of these!